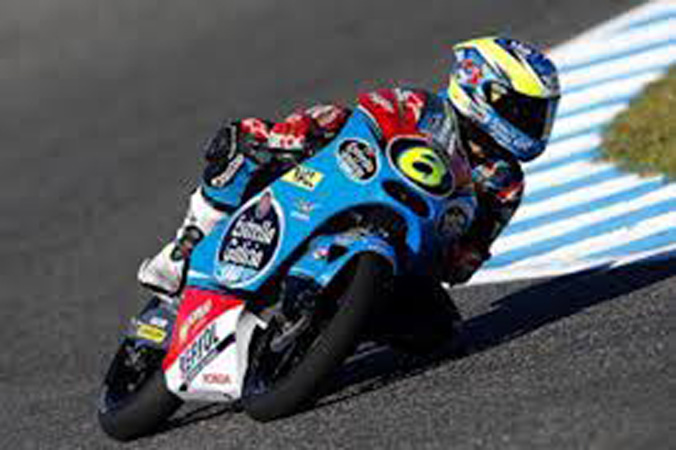 JEREZ: Petronas Yamaha’s Fabio Quartararo will start in pole position in Sunday’s Spanish MotoGP after setting a lap record in qualifying with a time of one minute, 36.705 seconds in Jerez on Saturday. The Frenchman broke his own lap record set earlier in the third free practice to finish ahead of Yamaha’s Maverick Vinales and Honda’s world champion Marc Marquez in a frantic final session in which three riders crashed. Suzuki’s Alex Rins crashed at turn 11 and was taken to the medical centre where a shoulder dislocation and fracture was confirmed before he was moved to hospital.

“After the crash, Alex had a lot of pain in his right shoulder,” the Suzuki team said in a statement. “He was taken to the Clinica Mobile for an X-ray, where doctors detected a fracture and dislocation, administering a mild sedative to ease the pain.” Pramac Ducati’s Francesco Bagnaia took fourth spot while his team mate Jack Miller, who was fighting for pole before sliding off at turn 11 during his final lap, will join him on the second row for Sunday’s race. LCR Honda rider Cal Crutchlow missed out on fifth on the grid by a whisker, finishing 0.001 seconds behind Miller. The race in Jerez will be the first of the 2020 MotoGP season following a long delay due to the COVID-19 pandemic.