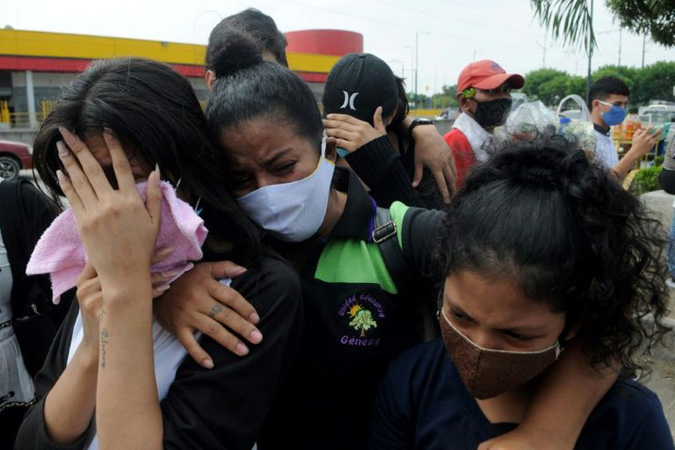 For Colon Ramirez, the agonizing search for the body of his grandmother is finally over.

After almost four months, he has finally found and buried the missing 83-year-old Emilia Villon, who died in Ecuador’s virus hotspot Guayaquil.

The remains of his grandmother, together with more than 200 other unidentified bodies, were lost in refrigerated containers piled high with cadavers when the city’s hospitals were overwhelmed with the sick and dying.

Ramirez says the last time he saw Villon was on March 29, when he took her to a local clinic.

“She had a fever, her bones were aching. She had trouble catching her breath,” he told AFP, adding that he had lost seven other relatives to the coronavirus, which was first detected in Ecuador in late February.

While the hospital never directly informed the family of Villon’s death or its cause, her death certificate declared she was a victim of COVID-19.

Once the family recognized her picture among a clutch of photographs of the dead put on display by court officers, her body was identified by her fingerprints.

And on Thursday, the 26-year-old Ramirez finally was able to retrieve the coffin with her remains.

According to Zaida Rovira, the city’s deputy ombudsman, the body of Villon was one of 216 misplaced during the health crisis.

So far, only 116 of them have been identified.

This week, around 30 of the bodies were returned to the families.

Ramirez said that three days after his grandmother was admitted to the hospital, the family stopped receiving any updates about her condition from the doctors.

So they started looking for her, even scouring morgues and refrigerated containers.

“One of my cousins went in (a container) to look for her. It was horrible,” he said.

“He was almost crazy when he came out because there were so many dead people in there.”

In Ecuador, which has a population of 17.5 million, the pandemic has already infected more than 72,000 people and left more than 5,200 of them dead.

There are another 3,355 people who are suspected to have died of COVID-19.

Guayaquil was one of the first coronavirus epicenters in Latin America.

With dead bodies lying on the streets and in homes, and a collapsing health care system, the port city of almost 2.7 million residents braced itself for the worst as it bore the full brunt of the pandemic in March and April.

Guayaquil is the capital of Ecuador’s coastal province of Guayas, which registered 25,177 deaths from a variety of causes between January and June 2020. In the same period of 2019, the number of deaths was 10,884.

When the crisis slowed somewhat, families emerged to demand the bodies of their loved ones, as well as the identification of unknown and decomposing cadavers.

The ombudsman’s office filed a complaint against the state over its mismanagement of the crisis, citing violations of the right to human dignity and the right to receive quality public services.

The judicial move was approved and on June 26, efforts began to identify the bodies, including through the use of DNA testing.

Still waiting for an apology

Patricia Salguero told AFP of her “odyssey” to recover the remains of her sister, who died in April in a public hospital.

The hospital initially declined to return her body, arguing that she might have died of COVID-19 and saying that the authorities would arrange her burial.

Salguero, 52, looked “in all the cemeteries of Guayaquil,” but without any luck.

She finally found her sister’s body in the police morgue, where she identified her from pictures of a number of dead bodies.

Salguero is now waiting for permission to bury her.

“There’s a mixture of joy and sadness for all that has happened,” she said.

But for Ramirez, “this doesn’t finish here — we have to go to court” over the lost bodies.

Rovira said there are “many people who want to turn the page and move on, for this to be finished so they can start mourning.”

Nevertheless, she added, “there will be others who want to pursue a different course of action.”

While families may have the “certainty that the body” matches the identity of their relative, there is still a remaining step.

Rovira said the health ministry has yet to offer a public apology to families whose loved ones were misplaced during the crisis. 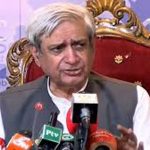