In wake of Floyd killing, screening of US police recruits is under focus 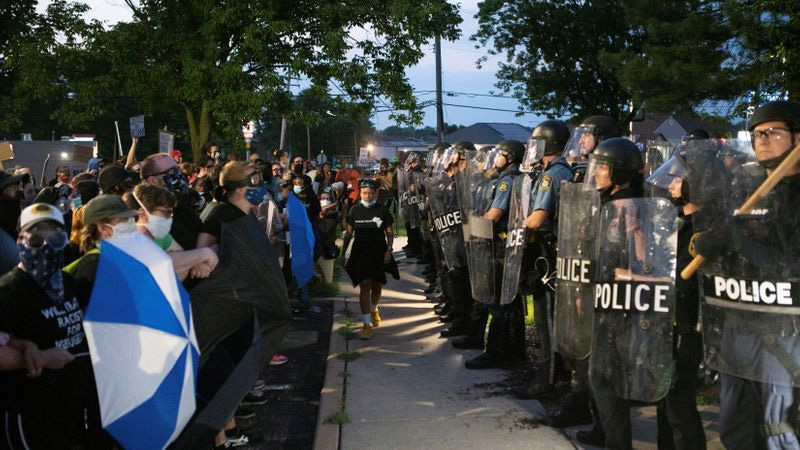 Amid the national conversation after the killing of George Floyd by Minneapolis police in May, US police departments will need to take a fresh look at the screening of aspiring officers as an early method for preventing police racism and brutality, law enforcement officials and experts say.

To improve the screening process, one former FBI agent is developing a polygraph test specifically aimed at detecting prospective hires who have racist tendencies. Others stress the need to revamp the entire hiring process to weed out those who might use excessive force, especially against Black males.

“There are a lot of people who shouldn’t be in law enforcement,” said Brian Higgins, an adjunct professor at John Jay College of Criminal Justice and former police chief in Bergen County, New Jersey. “We need to tighten this up again.”

The hiring of police officers is not subject to federal standards, but the process is similar at many of the 18,000 law enforcement agencies in the United States, and several states have minimum standards.

The Minnesota Board of Peace Officer Standards and Training, which oversees the licensing of officers is lobbying for federal approval to conduct criminal history checks on recruits, among other reforms, said interim director Erik Misselt. Checks are currently handled by local police departments.

To be sure, no vetting system is failproof and officers can develop biases or a penchant for violence over time. It is impossible to know whether tighter screening of Derek Chauvin, the former officer who pleaded not guilty to second-degree murder and manslaughter charges in Floyd’s death, would have made a difference.

The Minneapolis Police Department did not respond to questions about the hiring of Chauvin, who became an officer in 2001. He previously served in the US Army.

But the sense of urgency in tightening up the recruitment process has ratcheted higher since the death of Floyd, a Black man, and the wave of protests over police violence that followed.

Typically, the screening of recruits begins with written exams, followed by a general polygraph test in states that allow it. Candidates then meet with a psychologist who will look for markers of integrity, judgment and fitness for the job. Background investigators have also become adept at reviewing social media posts and body ink — two of the most prevalent tools for unearthing biases or affiliation with hate groups.

Dallas Police Lieutenant Richard Foy said one applicant with two tattoos associated with white supremacists was an obvious case where a candidate was rejected.

But he said he may also turn away recruits for problematic social media posts in their past, even if they are repentant.

“You almost want to give them a chance, but you can’t take the risk,” Foy said.

James Stern, a retired FBI agent, believes there is a way to test for racial animus.

With questions like “Do you discriminate against people of color” and “Have you ever committed an act of violence against someone based on their ethnicity,” he developed a polygraph test aimed at detecting bias and prior commission of hate crimes.

“Anyone who is a racist or anti other groups, or who has the propensity to violate civil rights — not all of them are overt,” said Stern, who was a polygraph examiner during his FBI career. “A specific-issue polygraph examination would wash out a lot of those people.”