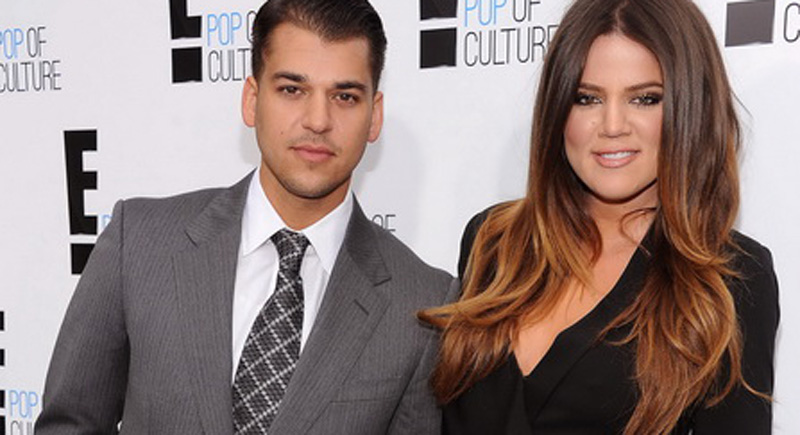 Rob Kardashian is “feeling himself” and so are we! Khloe Kardashian opened up about her little brother on today’s Daily Pop after the super private star returned to social media recently. The Keeping Up With the Kardashians star says it makes her “so, so happy” that fans were excited to see pics of Rob from her birthday party on Instagram the other week.

“Him and I have always been so incredibly close,” Khloe told E!’s Justin Sylvester Friday during the exclusive chat. “He’s at things a lot, we just always respect his privacy. And he just, I don’t know, was feeling himself as he should at my birthday. He was fine with us posting a flick of him. He’s so handsome, he’s such a good person and I just love him. And I love that he’s getting a positive response because it’s just gassing him up more. It makes him feel really good and confident. That’s all I want for my brother, is to feel good about himself.”

“He is looking fine as all hell right now!” Justin added, to which Khloe replied, “Better repeat it, Justin!”

Khloe also revealed how the coronavirus pandemic has brought sisters Kim Kardashian and Kourtney Kardashian closer together since their big fight on KUWTK earlier this year.

‘Him and I have always been so incredibly close,’ Khloe told E!’s Justin Sylvester on Friday during the exclusive chat

“They definitely had it out and I think that’s what sisters do. We’re not used to the physical confrontations in our family but for some reason they had to get that out of their system,” Khloe dished while promoting her partnership with Nurtec ODT and their “Take Back Today” campaign. “But we’re definitely closer and I think we all just appreciate each other so much more, especially during quarantine. We don’t want to see, obviously, a lot of people. So having each other where we know our kids are with each other and know each other’s healthy, so we’re able to see one another, thank god. So I think we hold family even higher than we ever did, which says a lot because we’re already obsessed with each other.”