How does COVID-19 affect kids? Science has answers and gaps 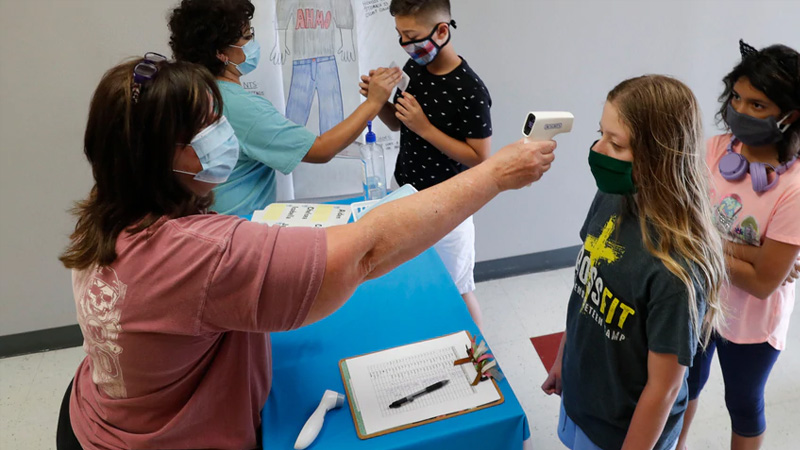 What role children play in the coronavirus pandemic is the hot-button question of the summer as kids relish their free time while schools labor over how to resume classes.

The Trump administration says the science “is very clear,” but many doctors who specialize in pediatrics and infectious diseases say much of the evidence is inconclusive.

“There are still a lot of unanswered questions. That is the biggest challenge,” said Dr. Sonja Rasmussen, a pediatrics professor at the University of Florida and former scientist at the U.S. Centers of Disease Control and Prevention.

Several studies suggest, but don´t prove, that children are less likely to become infected than adults and more likely to have only mild symptoms.

An early report from Wuhan, China, where the outbreak began last winter, found that fewer than 2% of cases were in children. Later reports suggest between 5% and 8% of U.S. cases are in kids.

The CDC says 175,374 cases have been confirmed in kids aged 17 and under as of Friday, accounting for roughly 6% of all confirmed cases. The number of kids who have been infected but not confirmed is almost certainly far higher than that though, experts say, because those with mild or no symptoms are less likely to get tested.

One early study examining infections in children comes from a Wuhan hospital. Of 171 children treated there, most had relatively mild illness. One child died, and only three needed intensive care and ventilator treatment. Perhaps more worrisome was that 12 had X-ray evidence of pneumonia, but no other symptoms.

A CDC study involving 2,500 children published that same month, in April, echoed those findings. About 1 in 5 infected children were hospitalized versus 1 in 3 adults; three children died. The study lacks complete data on all the cases, but it also suggests that many infected children have no symptoms.

“We´re trying to figure out who those kids are,” Rasmussen said. “We need to figure out the impact on kids and on the rest of the community, their parents and their grandparents. If they´re transmitting a lot to each other, and then bringing it home to their families.”

Not knowing if children are infected makes it difficult for schools to reopen safely, many experts say. Scarce data on whether infected children – including those without symptoms – easily spread the disease to others complicates the issue, said Jeffrey Shaman, a Columbia University infectious disease specialist.

A National Institutes of Health-sponsored study seeking to answer that question and others is under way.

A JAMA Pediatrics study from May, cited Thursday by White House Press Secretary Kayleigh McEnany, involved just 48 children treated in U.S. and Canadian intensive care units. As McEnany indicated, most were not critically ill. Still, she did not mention that 18, or almost 40%, needed ventilator treatment and two died.

McEnany was correct that children appear less likely to become critically ill from COVID-19 than from the flu. But the CDC says COVID-19 can be more contagious and has been linked with more “superspreading” events than the flu, meaning it can quickly spread and infect lots of people.

Also, blood clots and organ damage have been found in children with COVID-19, including those who develop a related inflammatory illness.

The most recent count shows 342 U.S. children and teens have developed that condition, called multisystem inflammatory syndrome in children.