Special Assistant to Prime Minister of Pakistan Syed Zulfiqar Abbas Bukhari has said that year 2021 will be considered as year of Tourism and all avenues of recreation  would opened by reviewing COVID-19 favorable situation after Eid ul Azha. 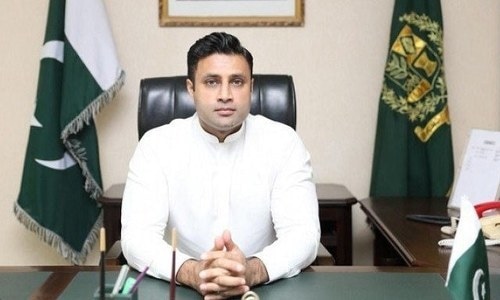 He stated this while talking to a delegation of Hotels, Guest Houses and Tourism Association at Islamabad on Friday. Central President Gulariz Khattak, Chairman Tahir Aurakzai, General Secretary Dr. Usman Qazi, Information secretary Asif Khan and Secretary Training Sulman Awan apprised about the issues and difficulties being faced by the Association Members.

Zulfiqar Bukhari said that in accordance with the vision of Prime Minister of Pakistan Imran Khan, Tourism would be promoted throughout the country and keeping on board all Provinces effective measures were being adopted to extend maximum facilitations to all stakeholders and as well as tourists.

He said that it is expected that all hotels, guest houses and recreational points would be declared open for tourists by the second week of August if COVID-19 situation was remained under control.

He categorically announced that all tourist spots would be remain closed during Eid ul Azha holidays. He said decision to this effect has been made to prevent people from Corona virus as it was experienced during Eid ul Fitar.

Responding the recommendations of delegation members, Zulfi Bukhari assured proper representation of Hotels, Guest Houses and Tourism Association in National Tourism Coordination Board and also assured for taking up the matter of issuing interest free loans to those whose business had been badly affected due to COVID-19.

He said COVID-19 SOP’s and guidelines has been finalized in consultation with Provinces and only reply of Sindh Province is awaited and after completion of process necessary action would be taken for opening hotels and guest houses.

Matters pertaining to promotion of tourism, regularization and streamlining the procedures also came under discussion.