At least two soldiers of Anti-Narcotics Force (ANF) have martyred and another six wounded in an attack lodged by terrorists in Mashkel district of Balochistan. 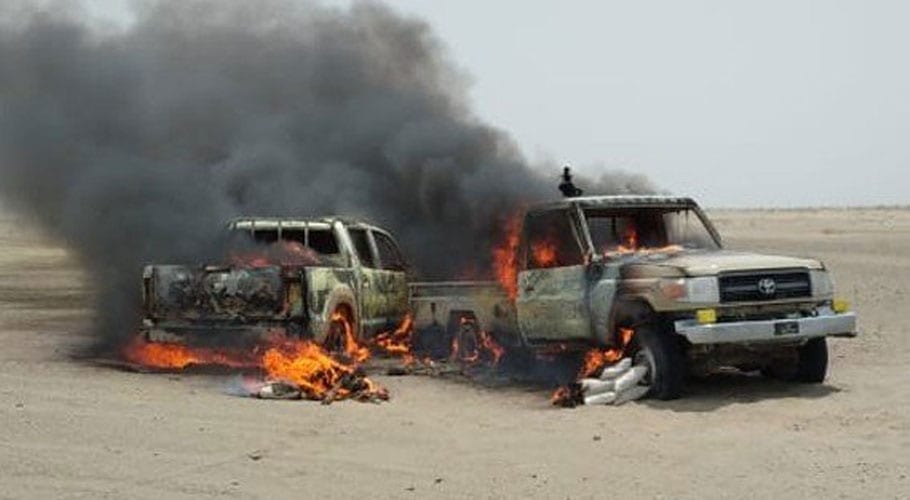 According to details, the raiding team of ANF was returning to headquarters after seizing a huge quantity of narcotics. Later a group of 50-60 assailants attacked the ANF team.

In this regard, the ANF spokesperson informed that two officials were martyred and six were critically injured. In the incident, two vehicles were completely destroyed.

Earlier, three soldiers of Pakistan Army were martyred and eight others, including an officer, were injured in an ambush on their convoy near Gichak valley in Balochistan’s Panjgur district on Tuesday. The Balochistan Liberation Front (BLF) has reportedly claimed responsibility for the attack.

In a statement issued after the ambush, the Inter-Services Public Relations (ISPR) said that security forces were patrolling near Gichak valley in the Panjgur district of Balochistan when they came under attack.