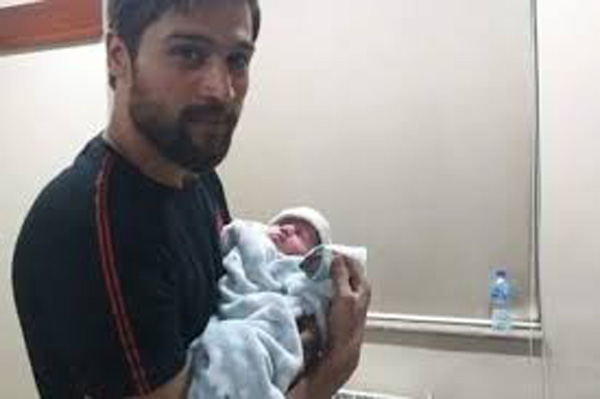 KARACHI: Pakistani cricketer Mohammad Amir on Thursday welcomed a baby daughter, announcing the news on his social media. Amir wrote on Twitter that he and his wife, Narjis Khan, had named their newborn daughter Zoya Amir. “Alhumdulillah finally ALLAH ki rehmat zoya amir,” the left-arm fast bowler wrote. Fellow cricketer Hassan Ali congratulated the pair on Twitter. “Maa Sha Allah bhai congratulations,” Ali wrote. Other cricketers also wrote well wishes on his daughter’s birth. “You’re very lucky that God gave you such a blessing of a daughter,” Junaid Khan said. Khan also prayed for a long and happy life for her. Amir and Narjis got married back in September 2016 and the couple now has two daughters, with the eldest one named Minsa Amir. The two had a love marriage and Narjis frequently shares on social media updates about her husband and his achievements.