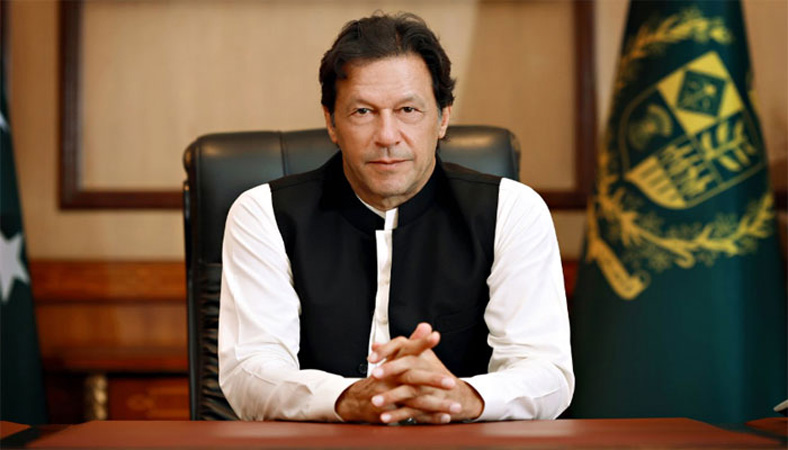 Prime Minister Imran Khan Friday reiterated his call for the countrymen to strictly observe the standard operating procedures (SOPs) on upcoming Eid-ul-Azha to avert the resurgence of coronavirus cases in the country.

“Eid-ul-Azha must be celebrated with simplicity so as not to repeat what happened last Eid when SOPs were ignored & our hospitals were choked,” the prime minister posted on his Twitter handle, while ordering for strict implementation of the government’s SOPs. He said Pakistan is amongst the fortunate countries where number of Covid-19 cases in hospitals, especially in the intensive care units, has gone down and the death rate as well, unlike its unfortunate neighbour India. “This positive trend has been the result of our smart lockdown policy and the nation observing government’s SOPs,” he stated, and urged the nation to continue observing SOPs for being essential to sustain the positive trend.

Meanwhile, Prime Minister Imran Khan Friday said a green Pakistan guarantees a prosperous future for coming generations and urged upon the nation to join hands in achieving the target of 10 billion trees to fight climate change and environmental pollution.

Speaking here at the launch of the monsoon plantation drive 2020 near Kahuta, the prime minister said that to address the growing pollution levels and national environmental degradation, it is vital that concerted efforts are made to plant trees extensively across the country. He regretted that the forest cover in Pakistan has rapidly depleted over the years. He pointed that the number of trees in the country at the time of its partition from the Indian sub-continent has decreased to an alarming level.

Imran Khan mentioned the alarming levels of pollution in Lahore and said the lack of trees is a serious threat to human health, adding that it will be addressed by his government on priority. In this regard, Imran Khan mentioned the recent declaration of nine new national parks in the country and said, Pakistan has 30 such reserved areas since it gained independence in 1947. He said the number of such exclusive zones, where the plants and trees could grow and wild life flourish, will be further enhanced in the days to come.

The prime minister said Pakistan is blessed to have 12 diverse ecological zones and it is a national obligation to preserve and protect the natural systems and its flora and fauna. “A Green Pakistan is my dream,” he said, as a large number of school children and their teachers, who were sitting all along the hillside cheered. “It is my appeal to you to plant a tree, but it is all the more important to protect this seedling so that it grows into a healthy tree, and it has to be saved from not only wild animals, but also the mafia that deals in timber,” he said.

Earlier, Special Assistant to Prime Minister on National Security Dr Moeed Yousuf Friday called on Prime Minister Imran Khan wherein he said that so far over 225,000 stranded Pakistanis had been repatriated from 70 states. He said that they were striving to fulfill the prime minister’s commitment of repatriating the Pakistanis stranded in different countries following the suspension of flights operation due to Covid-19 pandemic.