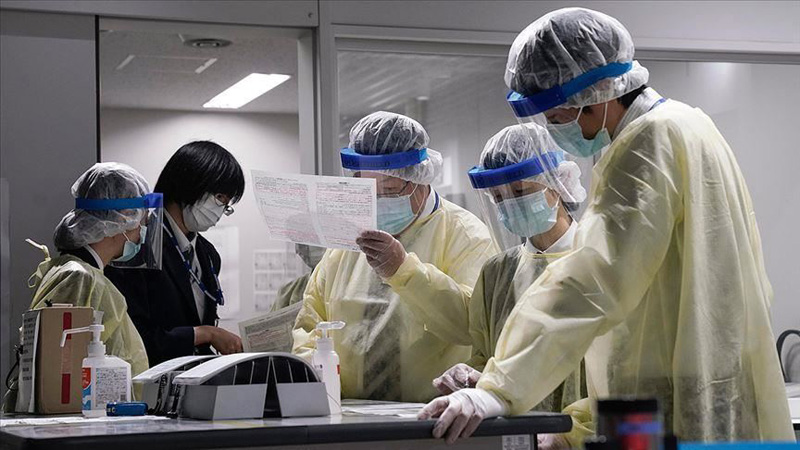 Sindh reported 1,170 coronavirus cases and 30 deaths during the past 24 hours, according to Chief Minister Murad Ali Shah. In a statement, he said 10,299 tests were carried out during the last 24 hours. With the new cases, the provincial total has risen to 111,238 while the death toll is 1,952.

Sindh police said that 2,515 officials have been infected with the coronavirus so far. According to a media statement by the police, 155 new cases have been reported over the past two days. At least 16 police officials have passed away from the virus and 906 have recovered, while 1,593 are currently under treatment.

Punjab recorded 484 new virus cases and eight new deaths, according to the government’s Covid-19 portal. The provincial tally is now 89,023 while the death toll is 2,059. The number of recovered cases in Punjab has reached 64,815.

At least six people were tested positive for Covid-19 in Mardan district in the last 24 hours, taking the toll to 1,195 people. According to the statistics issued by the ADC office, around 60 people have so far died from corona virus. Up to 5,445 tests were conducted in the district of which the test reports of 4,222 people came back negative while 1,067 suspected patients were recovered. Around 20 suspected patients are at different isolation centers.

As many as 5,000 recoveries have been reported in Pakistan over the past 24 hours, the government’s Covid-19 portal said. The total number of recoveries in the country is 183,737, while 1,895 are in critical condition.

The National Institute of Health estimates, based on a recent survey, that the number of coronavirus cases in Islamabad can be as high as 290,000 – much higher than the official tally of infections in the federal capital, which stands at 14,454.

For the survey, the NIH team visited seven areas of the federal capital: Chathar, Mohrian, Tarlai Khurd, Tamair, Kirpa, Kiri and Alipur. The surveillance team took samples from 4,328 people, of which 626 people tested positive for Covid-19. The survey revealed that people in the age group of 31-50 were most affected by the virus. It also deduced that men had a two times higher rate of infections than women.

Meanwhile, according to data from the National Command and Operations Centre, only 14,400 people so far have been confirmed as coronavirus-positive in the capital. In its conclusion and recommendations, the survey mentioned, “Calculated prevalence of Covid-19 is 14.5%, which depicts that the actual number of infected persons in Islamabad are 290,000.”

It further said that the most affected age group is 30-60 years, and that rural areas are most hard-hit. The NIH recommended that conventional contact tracing and a ‘Test, Trace, and Quarantine’ strategy must be extended to coronavirus hotspots. It further recommended that the most affected age groups should be conveyed ‘risk communication through social mobilisation’.