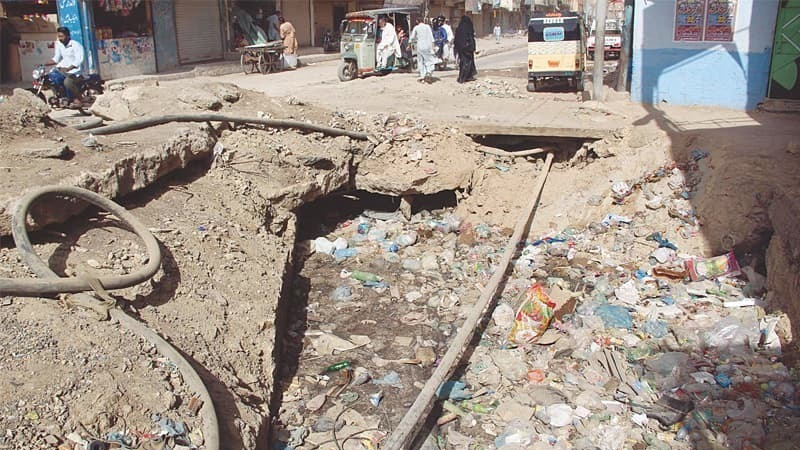 Provincial Minister for Local Government and Information, Forests and Religious Affairs, Syed Nasir Hussain Shah has directed all local government officials to continue the process of cleaning all storm drains in the city due to recent rains. Make sure the staff is always ready to deal with any situation. He gave these instructions to all the local body officers of Karachi while personally reviewing the situation in the city after the recent rains.

Provincial Minister for Local Government Syed Nasir Hussain Shah directed the Secretary Local Government and concerned local government officers to complete all possible preparations for the new spell of rains in their respective districts. Appointment of Solid Waste staff and other relevant staff on central and sub-drains Ensure that dewatering machines are also installed at key intersection points to enable immediate drainage of water during rains. He further directed that special attention be paid to maintain the flow of underpasses and the city. The situation should return to normal after the rains as administrative measures were taken earlier. Complaints of water logging were not received due to integrated strategy. If any complaint or problem arose from anywhere, it was resolved immediately.

Syed Nasir Hussain Shah has also issued instructions to the Municipal Commissioners for liaison and monitoring in their respective districts in this situation. In any case, all the LG officers under a joint strategy for drainage of rain water, flow of underpasses and Ensure the installation of de-watering machines with the necessary staff and monitor the situation yourself and save the people from troubles. They will also inspect the city themselves and keep briefing the officers. On this occasion, Municipal Commissioner East Waseem Soomro informed the Sindh Local Government Minister that special attention is being paid to the cleaning of all drains within the limits of Eastern District and all the local body staff are also fully prepared to overcome the emergency situation. In an exclusive interview, Nasir Hussain Shah said that emergency has already been declared in all the districts and therefore orders have been issued to all the municipal and deputy commissioners to overcome any kind of uncertainty. According to the Minister for Local Government, the expected spell of rains is expected from today. Special measures have been taken for all major choking points, underpasses and low-lying areas. Emergency monitoring units are fully operational. Has been installed. Nasir Hussain Shah appealed to the people to cooperate with the traffic officials during the rains and avoid leaving the house unnecessarily.