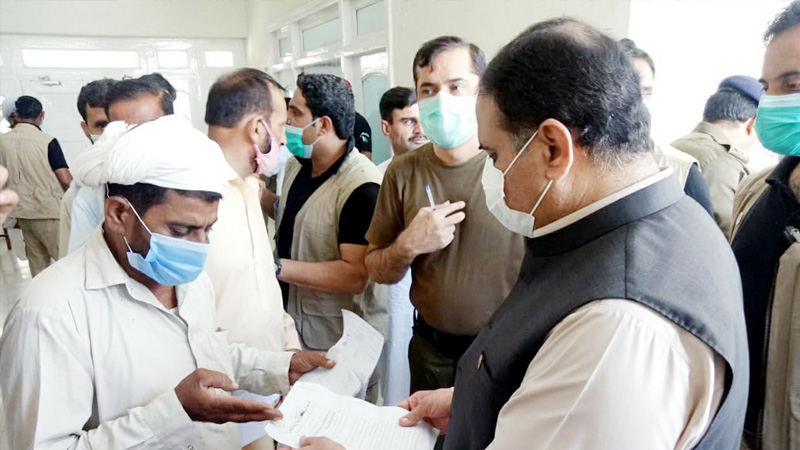 Usman Buzdar reiterated that he will go to every city to help solve the public problems. Engaging with the common man helps to understand the ground realities and I am in constant contact with the people, he added. The government has continued the journey of public service with commitment and hard work while the designs of the conspirators will be again foiled in future. They cannot hinder the journey of development, he continued. I belong to the people and, even, my life is available for service to humanity, he asserted.

The CM regretted that exhibitory projects were inaugurated in the past but this government has put an end to this wrong practice. The funds for south Punjab will not be utilized for any other purpose and this money will be spent on public welfare, he added. He regretted that development of southern Punjab was badly ignored in the past but the PTI government has given rights to south Punjab for the first time. South Punjab will be made a role model of development, he said.

The CM announced that provision of clean drinking water to DG Khan division is a priority adding that special funds have been allocated to further improve health and educational facilities. He announced that no leniency will be shown over theft of water. Meanwhile, resources will be provided for repair and maintenance of roads in DG Khan division but no corrupt official will be tolerated, he stated. He asserted that no compromise will be made over the quality of public welfare projects. Merit has been ensured and police and administration have been given free hand, he added.

CM Usman Buzdar planted a sapling at Circuit House and prayed for the success of the tree plantation drive. He maintained that tree plantation is important to provide a better future to the common generations. The people should also be educated about the importance of tree plantation and attention be paid to the maintenance of planted trees, he added. Advisor Hanif Pitafi, Dr Shaheena Najeeb Khosa MPA, ACS (South), Commissioner and RPO DG Khan were also present.

Addressing the meeting, the CM announced a new phase of development has been started and special funds have been allocated for Multan division. The locals will not have to go to Lahore due to the establishment of the southern Punjab secretariat which is a boon for the people of backward areas, he asserted. Meanwhile, he added that unjustified distribution of development funds has been stopped and the development of backward areas was given particular attention. He directed that transparency and high quality of development projects should be ensured as no one will be allowed any defalcation. The CM directed that no stone should be left unturned to protect the life and property of the people. Indiscriminate action should be continued against hoarders, illegal profiteers and criminals and officers should go to the field to provide relief to the masses. The rates of essential items in markets should be daily checked, the CM further directed.