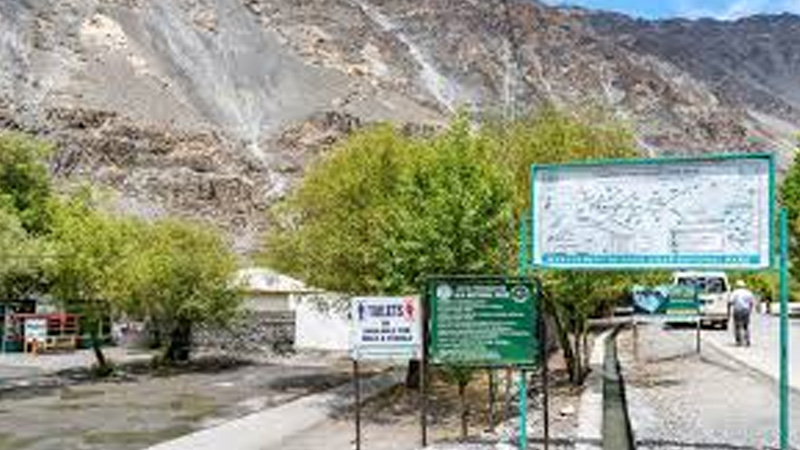 For 20 years, Khunjerab National Park was a point of tension between Pakistan’s government – which established the park in 1975 as a sanctuary for rare species – and locals who had grazed their livestock on the land for generations.

As disputes over the land raged, poachers decimated Khunjerab’s wildlife, villagers say – until 1995, when local people and the authorities decided to work together to better protect the park.

“Our communities knew about natural resource management (and) we were well organised,” said Muzaffar ud Din, a founding member of the local Shimshal Nature Trust, which contributed members to a community-led management group set up to run the park.

“Now I would say Khunjerab is better managed than many other parks in the country. The local people look after it. The wildlife population has increased manifold,” he said. In its latest move to generate jobs amid the Covid-19 pandemic while boosting conservation and curbing the impacts of climate change, Pakistan has announced the creation of Pakistan’s first National Parks Service, modeled on the U.S. agency.

Under it, the country aims to get more local communities involved in running national parks and earning an income as they protect nearby conservation areas.

The first phase of the Protected Areas Initiative, launched on July 2, will focus on 15 national parks that make up a total of 7,300 sq km (2,800 sq miles), spanning from Khunjerab in the north to the area around Astola Island in the south.

The project aims to create up to 5,000 new jobs, mainly for young people who will work as park guards and custodians, and boost eco-tourism in the country, authorities said when the initiative was announced.

“All this green activity will aid in addressing the unexpected spike in COVID-linked unemployment across the country.”

Pakistan currently has about 30 national parks that are supposed to be protected and preserved by law. But most are “paper parks” – areas classified as national parks but with little or no management, said Aslam, who helped design the new initiative.

Conservation expert Anis ur Rahman estimates only about 5% of the country’s parks are properly managed.

The others suffer from clashing priorities and a lack of cooperation between the government and the communities that live around them and rely on them for grazing, hunting and firewood, he explained.

“In many cases, the government changed the status of these old community-managed forest areas or grazing areas into national parks where (suddenly) everything is prohibited by law,” said Rahman, who heads the management board for Margalla Hills National Park, one of those included in the new project.

“But there is weak enforcement. The government does not have the resources to pay for adequate protection,” he said.

Many of the country’s environmental experts see Khunjerab, the country’s oldest and largest national park, as a model of successful community-led management.

The park was established 45 years ago as a way to protect the area’s glaciers, alpine pastures, streams and ravines.

Parts of it were closed off to create undisturbed habitat for animals from the rare Marco Polo sheep to snow leopards and Siberian ibex. But that move pitted the government against local livestock farmers, who had long used the area.