Shehryar Afridi vows to raise Kashmir issue at every forum 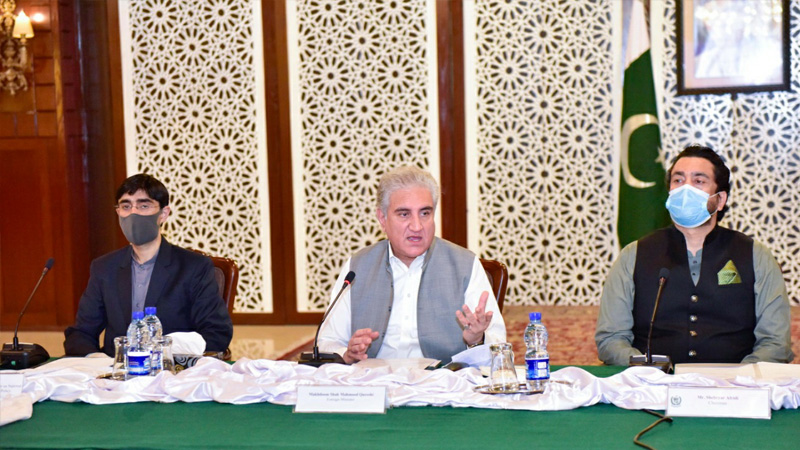 A meeting of the Parliament’s Special Committee on Kashmir chaired by Chairman Shehryar Afridi was held at the Ministry of Foreign Affairs.

At the beginning of the meeting, a special prayer was offered for the solace of the martyrs of Kashmir.

The Kashmir Committee will raise the issue of Kashmir at every forum and will play its role in activating parliamentary oversight as well as inter-agency relations, said Shehryar Khan Afridi.

Kashmir and Pakistan are one and the same. No one can separate Kashmir from Pakistan, he said.

Foreign Minister Makhdoom Shah Mahmood Qureshi gave a detailed briefing to the members of the committee on the situation in Indian occupied Jammu and Kashmir and the region.

The Foreign Minister highlighted the unilateral steps taken by India on August 5 and the subsequent threats to peace and order in the region and Pakistan’s efforts to address these implications. I had contacts with the Foreign Ministers of more than 40 countries and in these contacts, I also raised the issue of Indian attempt to change the demographic ratio in Occupied Kashmir by changing the domicile rules, said Makhdoom Shah Mahmood Qureshi.

He said he has sent letters to the President of the Security Council and the Secretary-General of the United Nations, informing the international community of the threats to peace and order in the entire region due to Indian intentions.

Makhdoom Shah Mahmood Qureshi said Pakistan has sincerely played and will continue to play its conciliatory role for peace in Afghanistan.