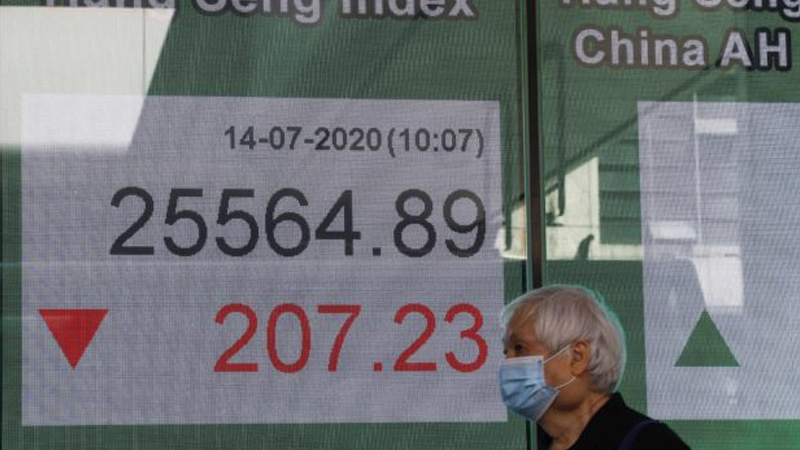 Asian markets edged up Friday following an across-the-board sell-off the previous day, but disappointing recent data has jolted optimism over the economic recovery that has helped drive gains in for the past few months. Traders have for weeks been able to look past fresh spikes in infections around the world thanks to trillions of dollars in government support and as they focus on the easing of lockdown measures.

But with new containment measures being reintroduced in parts of the world that had been thought to have controlled the outbreak — including Hong Kong, Japan and Australia — confidence has taken a hit.

Data out of China Thursday showed that while the economy grew more than expected, the crucial reading on retail sales was below forecasts, indicating consumers — who are key to reigniting growth — were still reluctant to go out and spend. Later, a report showed US retail sales continued to rise in June, but at a slower pace than May.

And new claims for US unemployment benefits last week were little changed from the previous week at 1.3 million, a historically high level. Economists fear the figure might rise again as major states including California and Texas impose fresh lockdown measures.

Markets around the world tumbled Thursday, though Asia staged a recovery in early trade.

Hong Kong added one percent and Shanghai climbed a similar amount a day after collapsing 4.5 percent, while Sydney added 0.1 percent and Seoul and Taipei climbed 0.7 percent. Singapore and Wellington also edged up but there were losses in Manila and Jakarta.

But observers were cautious about the outlook for the recovery in light of the surge in new infections.

“Try as one may, it’s challenging to look through the makeup of China’s economic recovery, which offers a roadmap to the rest of the world that is not especially bullish for one that is wholeheartedly predicated on consumer-driven recovery,” said Stephen Innes at AxiCorp.

“Forget about a V, this is going to be a lengthy S-L-O-G shaped recovery,” he added.