* Barker and Gray will gather with fellow #FreeBritney supporters again, this time on May 10 outside of Stanley Mosk courthouse in Los Angeles 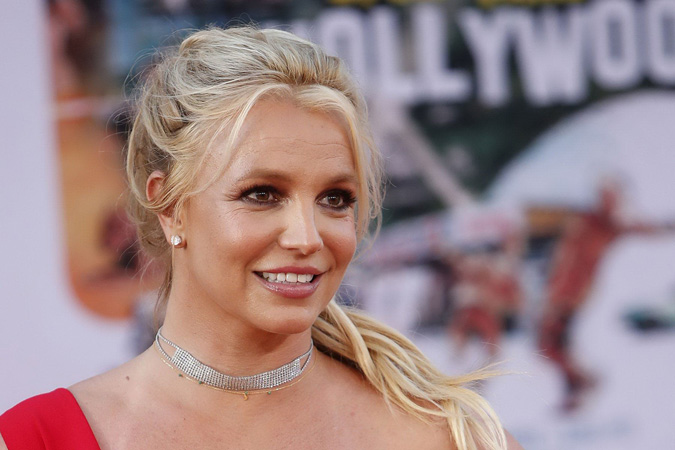 The collection gathered peacefully, wearing her merchandise, playing her hits and explaining to the news teams on site that they were collectively concerned, specifically about the state of her long-running conservatorship. Tess Barker and Barbara Gray, originators of the #FreeBritney movement, probably never had such a scene in mind when they launched their podcast Britney’s Gram in November 2017.

Barker and Gray will gather with fellow #FreeBritney supporters again, this time on May 10 outside of Stanley Mosk courthouse in Los Angeles. That same day, a hearing will take place on the status of Spears’ conservatorship. The hearing had been moved up from August. Previous hearings concerning her conservatorship have not ended in Spears’ favor: In 2008, her court-appointed advocate Samuel Ingham stated that she was incapable of retaining her own counsel after meeting with her for 15 minutes. In Rolling Stone’s 2008 cover story on Spears in the aftermath of the conservatorship, writer Jenny Eliscu commented that Spears seemed “highly functional,” in comparison to the claims by her conservators’ lawyers that she was “gravely disabled.” Back in 2017, Britney’s Gram was just a place for Barker and Gray to unpack the Princess of Pop’s “basic,” as Gray lovingly puts it, Instagram posts, ranging from fairy-tale memes to impromptu painting sessions.

But during the past few months, something strange happened: Two comedians riffing on the Instagram of their favourite star snowballed into a pop-music version of Watergate. After they spent months on their podcast hypothesizing on and investigating the seemingly suspicious events that led to Spears’ Instagram and public life going dark, Barker and Gray received their Deep Throat in the form of an anonymous phone call.

“You guys are on to something,” the source said. Barker and Gray confirmed his involvement with one of the law firms associated with the conservatorship. For the April 16 episode of Britney’s Gram, the actual voicemail was included in the episode along with Barker and Gray’s commentary on the new information and recent developments. The episode has been heard over 85,000 times on SoundCloud. Before they published their movement-sparking episode, Barker and Gray had always viewed Spears’ social media through the lens of the guarded nature of her life. A recent in-depth report by the New York Times on the strict terms of her conservatorship had a massive impact on their own reading of the star’s captions and memes. Seemingly innocuous captions and sayings – Spears wrote “There’s always a way out!!” on an image of a hole in a brick wall overlooking the ocean – hinted at a desire for freedom.

“I think she’s probably kind of bored,” Gray explains. “She posts updates like somebody from your high school would except she’s Britney Spears.”

For longtime fans of Spears, her social media presence felt refreshing. In the years since a very public unraveling that ended in January 2008 with an involuntary 5150 hold and a court-ordered conservatorship that put her father Jamie Spears and the lawyer Andrew Wallet completely in charge of her assets, Spears’ Instagram felt like a rare glimpse into the unfiltered interior life of the world’s most protected pop star. Outside of social media, Barker and Gray also kept close tabs on Spears in the news. When co-conservator Wallet asked for and was subsequently granted a significant raise that pushed his annual salary to $426,000, the pair began to grow wary about potential sketchiness behind-the-scenes. Then, Spears’ newest Las Vegas residency, Domination, was canceled in January – less than three months after it was announced. In the caption announcing the news, Spears’ noted that the three-year commitment would be held off so she could focus on her family in light of her father surviving a ruptured colon and month-long hospital stay.

On Instagram, Spears then went dark, aside from one post celebrating the 20th anniversary of her debut album. Nor was she seen in public. Following a rare paparazzi photo of the pop princess driving her own car to get In-N-Out with her boyfriend, already a red flag for Barker and Gray since Spears is reportedly not allowed to drive under her conservatorship, the tabloid-popular star had suddenly vanished from the paparazzi’s watchful eyes.

“Because we were a podcast about her Instagram, we just naturally started digging more since we didn’t have any Instagram posts to talk about,” Barker explains. Barker also had previous experience working as an investigative reporter, having broken a story on cheerleader abuse and underpayment for The Guardian. “As time went on, it became more bizarre that she wasn’t appearing anywhere because Britney Spears is someone the paparazzi clearly likes to photograph.” In March, while Spears was still nowhere to be found, Wallet abruptly quit, leaving Jamie Spears as the sole conservator. According The Blast, Wallet stated: “The conservatorship is engaged in numerous ongoing business activities requiring immediate attention and it therefore is in the best interest of the conservatee that the acceptance of Wallet’s resignation and the issuance of amended letters of conservatorship of the estate occur immediately and without delay.”

Wallet added, “Substantial detriment, irreparable harm and immediate danger will result to the conservatee and her estate if the relief requested herein in not granted on an ex parte basis.”

Exactly one month after Wallet’s resignation, Spears returned to Instagram to post a meme about needing “me time.” Barker and Gray noticed that the caption was yet again out of character for Spears; the use of an emoticon smiley face instead of her usual flurry of emojis was a red flag for them. An hour later, reports surfaced that Spears had checked herself into a mental health facility for a 30-day stay.

The day after, the pair’s Deep Throat left a voicemail in their Google Voice inbox. The paralegal, who requested anonymity, had been keeping tabs on the podcast which maintained its weekly posting schedule even as Spears was MIA. In lieu of Instagram posts to pick apart, Barker and Gray shared their then-unfounded concerns about Spears’ whereabouts with listeners. The paralegal seemed to offer a distressing confirmation, claiming that during Domination rehearsals, Spears stopped taking her medication as prescribed. Following an ultimatum, Jamie Spears finally decided to pull the show when she remained staunch in her refusal to take the medication and “verbatim said ‘Blame it on my illness.'”

The source, who had stopped working at his law firm two weeks before leaving the voicemail, further alleges that the paparazzi shots of her driving had been the final straw, leading to Spears being checked into a mental health facility since mid-January and not April as the first reports had stated.

Back in 2017, Britney’s Gram was just a place for Barker and Gray to unpack the Princess of Pop’s ‘basic,’ as Gray lovingly puts it, Instagram posts, ranging from fairy-tale memes to impromptu painting sessions

“She did not want to go,” he continues. “From what I understand this was not a decision she made at all.”

What ensued caused a schism within the Spears fandom as well as public outcry well beyond. “We knew it was a big bombshell to put out there,” Gray states. “Obviously people have had their eyes on the conservatorship for a while. I don’t think people were shocked that maybe something had been going on behind-the-scenes that hadn’t been told to everyone. I think that adds to the reason why it spread so fast.”

Online, the hashtag #FreeBritney picked up steam, with many fans using a pink icon containing the hashtag as their AVI on Twitter and Instagram.The movement received a seemingly major co-sign when Lynne Spears, Britney’s mom and Jamie’s ex-wife, not only “liked” several posts containing the hashtag on social media but also “liked” an Instagram comment from a fan that read “I really hope you are supporting Britney in trying to end this conservatorship. I really hope your ailing ex husband isn’t keeping your daughter somewhere against her will.” Lynne Spears has never been involved with her daughter’s conservatorship and divorced Jamie Spears in 2002, though the pair had reportedly reconciled in 2010.

“[Lynne] wrote a [memoir] that was published in 2008 about life raising Britney, and in the book there’s a lot of really troubling accounts from her about Jamie Spears’ behavior towards here when Britney was a child,” Barker adds. In Through the Storm, the Spears family matriarch details her husband’s alcoholism and the type of familial dysfunction that created. “That’s the last time she’s been very vocal about the family.”

Public support has further escalated in the month since. RuPaul’s Drag Race contenders Derrick Barry and Shea Coulée have shown their support. Coulée also claimed that a comment about her suspicions surrounding Spears’ mental health facility stay had been deleted from the pop star’s Instagram. When footage from a scrapped version of Spears’ “Make Me” video was leaked, the video’s director David LaChapelle – who also shot Spears’ first Rolling Stone cover – commented on a fan page’s Instagram noting how “suspect” it was that the footage leaked while she was away. He added that something seemed “off” during the shoot, where her only direction was that she appear in a cage. At a concert in Memphis on May 4th, Miley Cyrus was heard screaming “Free Britney” while singing her hit “Party in the U.S.A,” which makes a shout-out to Spears in the lyrics.

“A lot of people in the entertainment industry approached us afterward,” Barker says, referring to what transpired in the days after the “#FREEBRITNEY” episode of the podcast was published. “We had all kinds of people reaching out to us with stories about how they had noticed behaviour that they felt was really troubling, and they hadn’t felt comfortable sharing because they didn’t want to jeopardize their work situation.” As for the Spears camp, the pop star’s little sister has been the only person to explicitly speak out, and did so a day after the #FreeBritney protest. Jamie Lynn Spears posted an old paparazzi video of people screaming at her sister to move out of their neighbourhood. In the caption, Jamie Lynn questions where people were 10 years ago, when Spears’ mental health struggles were at their most public. “I have been here long before anyone else, and I’ll be here long after. I love my sister with everything I have. So, anyone or anything that speaks to the contrary can GTFOH with all the comments about what you don’t understand.”

On the same day, Spears also returned to Instagram with a video “checking in with all of you who are concerned about me.” The short video is paired with a lengthy caption addressing the “rumors, death threats to my family and my team.” But the rumours she addresses pertain to “fake emails” written by her former manager Sam Lutfi, which had not been referenced in any recent news stories about Spears’ stay in a mental health facility.

Following reports that she had finished her treatment, Spears’ posts have gotten back to their usual content, like photo shoots and workout videos. On Monday, The Blast reported that Lynne Spears filed a notice to be a part of the conservatorship hearings on May 10th. She has hired her own lawyers.

The details of the hearing are still unclear, but the renewed attention and involvement of her mom could make for a significant change in Spears’ life. For Barker and Gray, all they hope for is that the world’s most seemingly tragic pop star gets the happy ending she deserves, in whatever form that may take. “Obviously we just hope for her happiness and health,” Gray adds. “That’s the number one thing.” 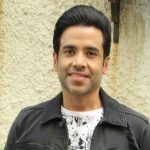 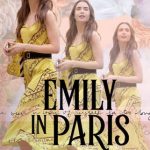 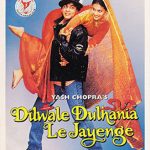 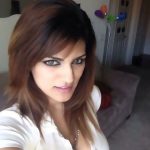 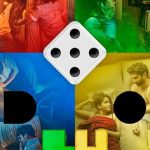