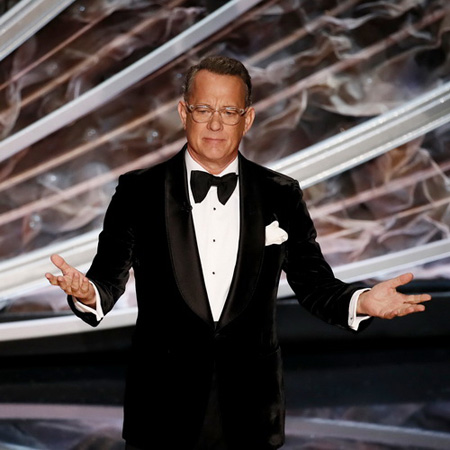 Tom Hanks recounted his COVID-19 odyssey and shared a common-sense plea for wearing a mask during an interview with Stephen Colbert on The Late Show on Tuesday.

Hanks and his wife Rita Wilson were famously the first two high-profile American celebrities to contract the virus, testing positive back in March while in Australia, where Hanks was working on a movie. Hanks told Colbert he still has no idea where he might’ve caught the virus and noted his symptoms were significantly different from Wilson’s. Wilson, for instance, lost her sense of taste and smell before that was known to be a common symptom; Hanks remembered with a laugh: “We were eating takeout food that I thought was delicious – it was savoury goodness, it had butter sauces, it had come from a highly recommended joint and she was saying, ‘This tastes like oatmeal to me.’ I thought she was insane!”

Elsewhere, Hanks spoke about how even back in March, Australia was prepared to do contact tracing and care for people who weren’t famous celebrities who’d contracted COVID-19. Since recovering, he said he’d been donating his plasma, which can help others fight the disease and he also issued an impassioned call for people to wear masks to stop the spread of the disease.