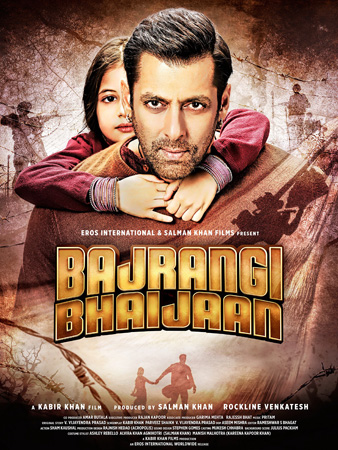 Bollywood superstar Salman Khan’s 2015 film “Bajrangi Bhaijaan” is still running in some theatres in Japan five years after its release!

On Friday, filmmaker Kabir Khan took to Instagram to celebrate five years of the release of his directorial “Bajrangi Bhaijaan” where he informed about the film still running in Japan theatres.

“A film that came from our hearts and will always be special for me because of the unprecedented love that you’ve showered upon ‘Bajrangi Bhaijaan’. Thank you for the continuing appreciation…5 years later it’s still running in some theatres in Japan. #5YearsOfBajrangiBhaijaan,” the filmmaker wrote on his verified Instagram account.

Kabir also shared a behind the scenes video from the sets of the film, which highlights various moments from the shoot featuring actors Salman Khan, Kareena Kapoor Khan and Nawazuddin Siddiqui. The video also shows the filmmaker playing with child actor Harshaali Malhotra, who made her Bollywood debut with the film. In the film, Harshaali’s character was called Munni aka Shahida.

“The whole journey of ‘Bajrangi Bhaijaan’ actually began with a phone call that I received from a writer from South India. The casting of Shahida was definitely the biggest challenge of the film. That is the key character in the film. When I was writing ‘Bajrangi Bhaijaan’, I knew the perfect Pawan, the perfect Bajrangi would be Salman Khan,” Kabir Khan says in the video.

“Bajrangi Bhaijaan” received immense love from the audience and appreciation from the critics. The film went on to become one of the biggest blockbusters in the history of Indian cinema.