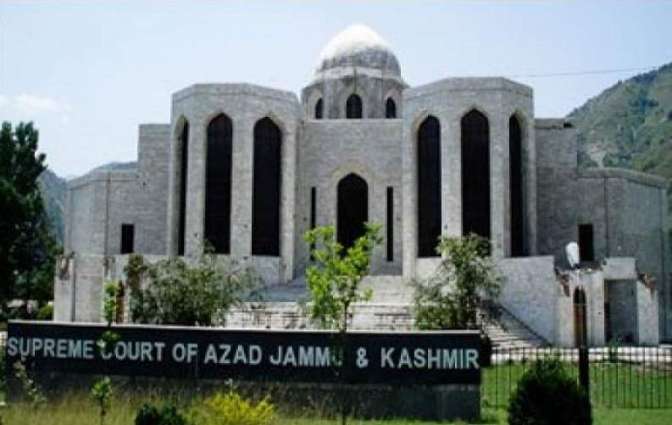 According to details, the judgement by the Supreme Court was announced following appeals filed by the Appellants/who were Petitioners in the High Court against the decision of High Court.

Petitioners were of the view in AJK high court that politically motivated appointments though declared not in consonance with the scheme of Constitution albeit they ordained that due to their(5Judges) dedication and hardwork regarding quick disposal of litigations, it would not be in the “Public interest” to issue high prerogative commands(i.e. Quo-warranto & Certiorari) against them.

After the said judgment , petitioners appealed to Supreme Court (SC) via invoking its appellate jurisdiction wherein they impugned the judgment of High Court mainly on the ground that instead of paying heed towards paramount fact regarding valid consultation with both CJs prior to their appointments as Judges, High Court rendered its verdict on this count that since they are strenuously working hard, therefore we will not issue writs against them.

SC in the verdict endorsed the Appellants plea & declared the 5 Judges appointment “unconstitutional “ by setting aside their notification of appointment.

SC while adhering to their previous judgments in the cases of Javed Naz(PLD 2016 SC AJK 1), Bashir Mughal(2014 SCR 1258) and Younas Tahir(2012 SCR 213) held that since requisite criterion regarding appointment of 5 Judges(i.e. consultation with both CJs under Article 43(2A) of Interim Constitution 1974) has been eroded in the instant case therefore appointment of 5 Judges is in clear-cut derogation of Constitution hence the same is declared as such.

On May 21,2018 notification of 5 ousted judges was issued. Vast members of respected Legal fraternity when came to know through plausible sources that there is a major shortcoming in their appointments (lacking “consultation “) and even some of the judges were directly or indirectly part of ruling political party till their elevation then in order to impede poiltical inductions in our superior judiciary(which is a last resort for redressal of aggreived’s grievance) they opted to assail unlawful appointments.