EU summit on recovery fund: what’s in it for markets? 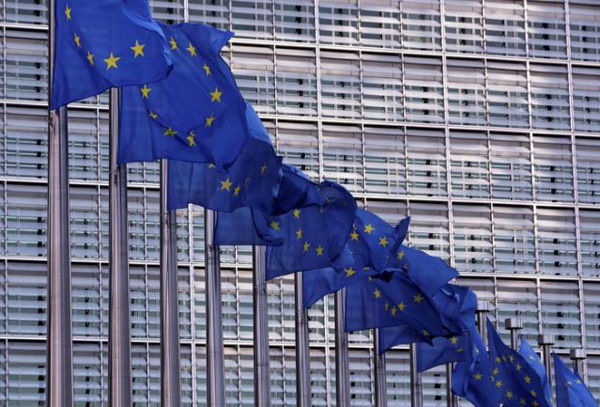 European Union leaders meet on Friday to bridge differences and agree on a 750-billion-euro recovery fund deemed a “game changer” to lift the bloc out of recession.

The spending plan, which brings the EU closer to a fiscal union by introducing shared debt liability and mostly grants rather than loans, has been instrumental in beefing up confidence in the region.

Italian government bonds, the euro and the region’s stocks have all rallied since the proposal was made.

The outcome of the Friday-Saturday summit in Brussels is expected to set the direction for markets over coming months.

Here are the potential scenarios:

The yield gap between Germany’s 10-year “bund” and the “BTPs” offered by Italy, also seen as a proxy for euro zone resilience, is set to narrow on an agreement.

Investors currently ask for a yield of about 1.28% for BTPs while they accept a negative yield of about -0.45% for the bund, Europe’s ultimate safe haven.

Substantial gains for the euro appear limited as money managers are already heavily invested in the currency.

Boosted by the European Central Bank’s stimulus and the recovery fund plans, the euro has risen 7% against the dollar from March lows. Currently trading around $1.14, the euro could rise but a rally beyond $1.15 seems a stretch.

Emmanuel Cau, who heads Barclays’ European equity strategy, believes “equities in the EU periphery, banking stocks and utilities are likely to rise” but warned a stronger euro could weigh on export heavy indexes like Germany’s DAX.

NO DEAL BUT HIGH HOPES OF A BREAKTHROUGH

With high uncertainty over a deal, analysts believe markets could tolerate a few days’ or weeks’ delay with EU leaders confident an agreement will eventually be found. The ECB’s firepower is expected to act as a safety net for government bonds between summits.

“If EU leaders were to schedule an August summit, this would help alleviate any disappointment,” said Jordan Rochester, a currency analyst at Nomura.

For equities, analysts note that European indexes are not overstretched, trading close to early June levels, and having underperformed Wall Street.

A compromise to win the backing of Austria, Sweden, Denmark and the Netherlands, deemed the “Frugal Four”, could weigh. Any deal watering down integration by excluding shared debt liabilities or scaling down the fund would put Italian bonds under pressure.

“If the 500 billion euros in grants are reduced or if the allocation now benefiting Italy and Spain criteria change significantly to the worse, investors will probably react by reducing their exposure to Europe’s peripheral government debt,” said Intesa Sanpaolo’s Mezzomo.

The euro could fall. The further the deal from the current proposal, the bigger the losses in store for the common currency.

TALKS COLLAPSE, NO DEAL ON THE HORIZON

Given the recession they face and with Germany and France pushing for a deal, EU leaders are expected to avoid another political crisis but this can’t be ruled out.