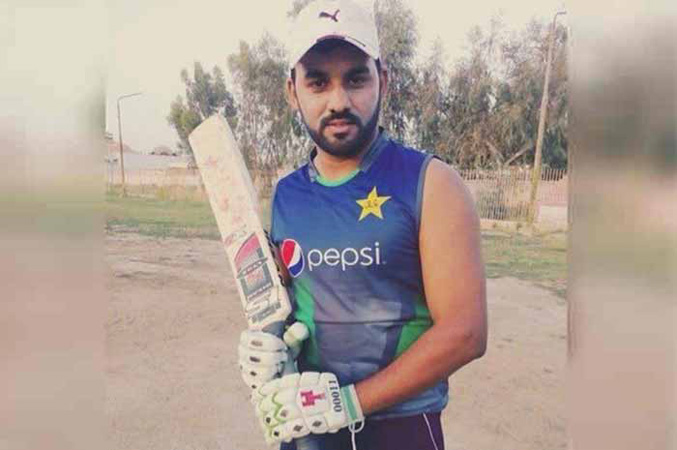 LAHORE: Spinner Kashif Bhatti has been allowed to rejoin the Pakistan squad, after a scare over a positive Covid-19 test in the UK had left him self-isolating from the rest of the squad as a precaution. The left-arm spinner had travelled to England with a delayed third batch of players after initially testing positive in Pakistan in tests conducted under the PCB’s protocols. Having tested negative twice subsequently under those protocols, as well as once with the airline he was travelling on, Bhatti was cleared to fly to the UK. However, an initial test on arrival in the UK, this time conducted under ECB protocols, returned a positive result and Bhatti was asked to self-isolate from the rest of the squad in Worcester. Two more tests since, however, have both returned negative and so he’s been allowed to integrate with the squad. There was confusion over the initial positive test in the UK but an ECB spokesperson said it was “for the remnants of a previous Covid-19 infection.”

“The player had returned a positive test result for the remnants of a previous Covid-19 infection and in consultation with Public Health England and a virologist, a safety-first approach was taken to isolate the player,” the spokesperson added. “The player has now returned a second negative test with no risk of infection to other players and staff.” Bhatti had travelled to the UK with Haider Ali and Imran Khan as well as Malang Ali, the team masseur, all of whom were among the group of players and support staff who returned positive tests in Pakistan. A second batch of players –– which included Fakhar Zaman, Mohammad Hasnain, Mohammad Hafeez, Mohammad Rizwan, Shadab Khan and Wahab Riaz –– tested negative on the retest and arrived in the UK after a second negative test, a few days after the bulk of the squad landed on June 29.

Bhatti and the others had tested positive in retests in Pakistan and duly had to wait until two negative tests before they could fly out. They arrived in the UK on July 8 and Bhatti had been in self-isolation separate from the squad since then, although he was in the team hotel. He did not train and when the team travelled to Derby from Worcester, he did so separately from them. Haider and Imran had reintegrated into the squad earlier, having tested negative on arrival. Pakistan’s squad has undergone several tests since their arrival in the UK, as part of the ECB’s protocols to ensure the safety of their biosecure bubble. Old Trafford will host the first Test of the series starting on Wednesday August 5. The final two Tests will be played at the Rose Bowl from Thursday, August 13 and Friday, August 21. The three T20Is will take place at Old Trafford on Friday, August 28, Sunday, August 30 and the final match of the tour on Tuesday, September 1.