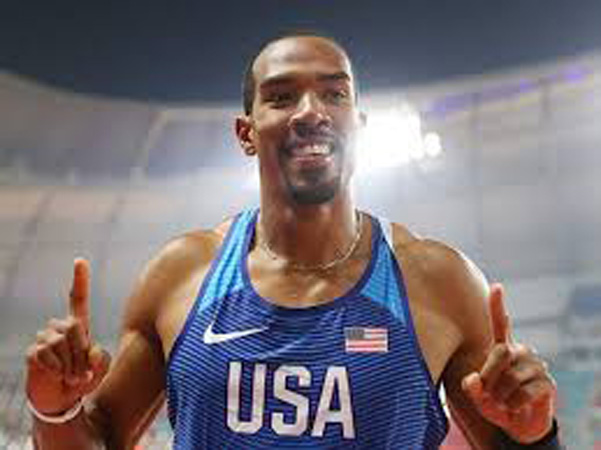 NEW YORK: Twice Olympic triple jump champion Christian Taylor has joined calls to allow athletes to protest peacefully during the Games as anti-racism stances are increasingly seen at sports events in the wake of George Floyd’s death in U.S. police custody. Several major sports bodies including world soccer body FIFA have moved to allow protests. But Rule 50 of the International Olympic Committee (IOC) Olympic Charter still bans any form of political, religious or racial protest during the Games. “These are our human rights and we feel we should have the right to peacefully protest. (Track) athletes are now seeing what athletes are doing in other sports and thinking, ‘we are not doing the same’,” Taylor, an American, told The Times. “But we see (Formula One’s) Lewis Hamilton on TV every weekend making a stand and it’s a snowball effect. Athletes are empowering other athletes. Other organisations are standing up too, but we can reach out to athletes and magnify their voice.” Taylor has set up a global group of professional track and field athletes –– The Athletics Association –– to fight for their rights. It was set to be officially launched on Thursday. It conducted a survey in March that revealed over three-quarters of track and field athletes who responded wanted the Tokyo Games postponed from this year because their training schedules were affected by the COVID-19 pandemic. The IOC is consulting athletes over the ban on protests, which includes the Black Lives Matter gesture of “taking a knee”. That protest has become more familiar around the world after the May 25 death of Floyd, a Black man who died in Minneapolis after a white police officer knelt on his neck.