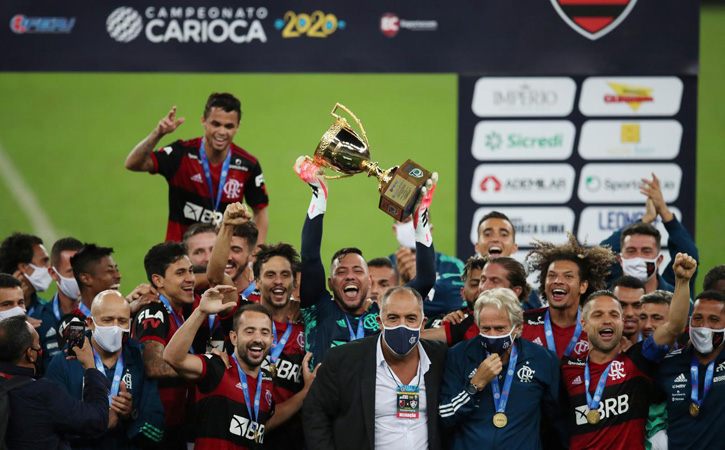 RIO DE JANEIRO: Flamengo clinched a second consecutive Rio de Janeiro state championship after an injury-time goal from Vitinho gave them a 1-0 win over Fluminense on Wednesday and a 3-1 aggregate triumph. The victory, which followed a 2-1 win in the first leg on Sunday, comes less than a month after the tournament, which kicked off in late January, was restarted after a three-month hiatus caused by the novel coronavirus pandemic. The success of the Rio club, who are also reigning Brazilian first division and Copa Libertadores champions, may heat up speculation surrounding their Portuguese coach Jorge Jesus, who has been strongly linked with a return to former club Benfica.