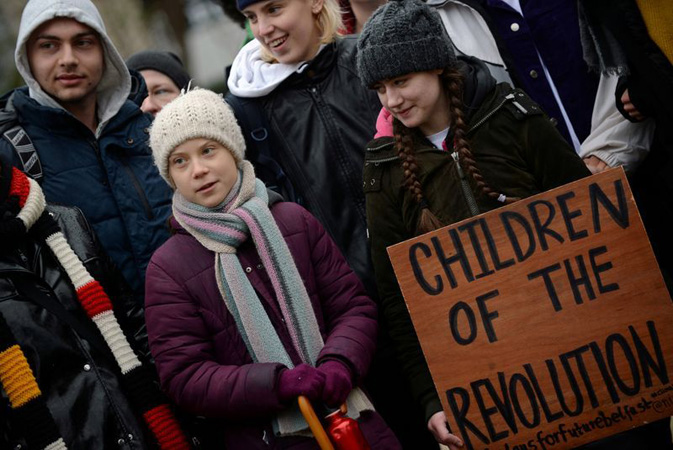 Swedish activist Greta Thunberg urged European leaders on Thursday to take emergency action on climate change, saying people in power had practically “given up” on the possibility of handing over a decent future to coming generations. In an interview with Reuters television, the 17-year-old said governments would only be able to mount a meaningful response once they accepted they needed to transform the whole economic system. “We need to see it as, above all, an existential crisis. And as long as it’s not being treated as a crisis, we can have as many of these climate change negotiations and talks, conferences as possible. It won’t change a thing,” Thunberg said, speaking via video from her home in Stockholm. “Above all, we are demanding that we need to treat this crisis as a crisis, because if we don’t do that, then we won’t be able to do anything,” Thunberg said.

The letter was made public on Thursday, a day before a European Council summit where countries in the 27-member EU will try to reach a deal on the bloc’s next budget and a recovery package to respond to the economic shock of the coronavirus pandemic.