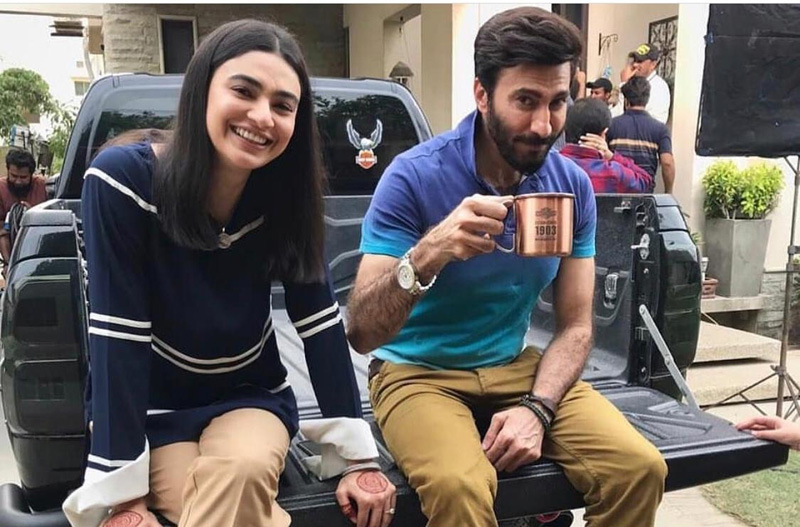 Versatile performer and one of the most acclaimed actors in the Pakistani entertainment industry, Aijazz Aslam is all set to appear in an intricate role in the new drama serial ‘Log Kia Kahenge,’ soon to go on-air on ARY digital.

With a knack of playing unconventional characters and distinctive roles, Aijazz Aslam, who was last seen proving his acting mettle in 2019 blockbuster ‘Cheekh’ is garnering attention once again in the newly launched teasers of the drama ‘Log Kia Kahenge.’ Filled with power-packed scenes, Aijazz Aslam will be seen starring as ‘Haseeb’- a complex character who can go to any lengths to fulfill his family’s wishes and needs. When a crisis hits, he is in a fix as to how he will manage things.

Talking about the new drama, the star said, “This is a project that I have been really excited about – the story, production, direction and the amazing cast really made this one of the most enlightening experiences for me. I had a great time sharing the screens with Faysal once again and I have really enjoyed playing ‘Haseeb’ – so I hope the audience would like watching him on the screens as well!”

Actor, model, and entrepreneur – Aijazz Aslam is one of the most exceptional talents in the Pakistani Entertainment industry. With a refined career that ranges over several years with power-packed performances, the actor has been highly acclaimed amongst critics and audiences alike. From antagonists to protagonists, serious to goofy, this actor has managed to do justice to every role he appears in. Some of the most acclaimed dramas of his career include Cheekh, Kis Din MeraViyah Howay Ga, and DilIshq, to name a few.