Cameron Diaz basically retired from acting to become a winemaker

* Still, though the actress hasn't appeared in a major role since 2014's Annie, Diaz hasn't exactly been hiding out at home 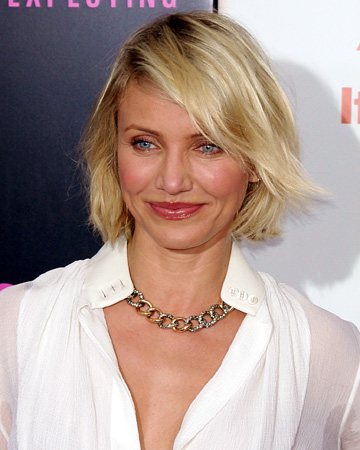 If you’ve been wondering where Cameron Diaz has been lately, the answer is likely on her porch, listening to jazz and drinking rosé.

Its an apt image for a new retiree, which is essentially what Diaz has been since she nonchalantly announced her “retirement” from acting in a 2018 interview with her The Sweetest Thing co-stars Christina Applegate and Selma Blair.

Still, though the actress hasn’t appeared in a major role since 2014’s Annie, Diaz hasn’t exactly been hiding out at home, despite what internet conspiracy theorists and your Ellen-watching Aunt Mabel may be telling you. In 2016, Diaz released The Longevity Book, a follow-up to her Number One New York Times bestseller, The Body Book. Then, last December, the 47-year-old announced that she and husband Benji Madden had welcomed a newborn daughter, named Raddix. This month, Diaz delivers her latest labor of love, with the launch of a new “clean wine” brand called Avaline.

Developed with her friend and Who What Wear co-founder Katherine Power, Diaz says Avaline is all about bringing a “new standard of transparency” to the wine industry. The company launched this week with a light, crisp rosé, and a mineral-driven, dry white blend. Both wines are made from organic grapes, with no added sugars, colors or concentrates. They are also vegan-friendly and non-GMO.

Developed with her friend and Who What Wear co-founder Katherine Power, Diaz says Avaline is all about bringing a ‘new standard of transparency’ to the wine industry. The company launched this week with a light, crisp rosé, and a mineral-driven, dry white blend

Diaz and Power first began developing the brand in 2018, fully immersing themselves in every part of the oenological process, from production to bottling. “I enjoyed wine for many-a-year,” Diaz says, “but I had no idea of the process.”

After settling on a white wine and a rosé, Diaz and Power sought out winemakers in France and Spain who owned vineyards that could produce these varietals at scale. They also made sure to source grapes grown with low-to-no irrigation in certified-organic vineyards, and without the use of harsh chemicals or pesticides. “One of the first conversations Katherine and I had about making a cleaner wine was, ‘What are we going to add to it?'” Diaz recalls. “We soon learned it wasn’t what you added, it’s what you didn’t add.”

The wines hit stores this week in select retailers across the country, online at Wine.com and through the alcohol delivery service, Drizly.

As for the challenges of launching a new company in the middle of a pandemic, the women say they hope it’s a chance, at the very least, to inject some “lightness and positivity” back into our day-to-day lives. “We could never have imagined the world in which we all find ourselves today,” says Power, who’s also the founder of clean beauty brand, Versed Skincare. “But it’s clear to us that, as we navigate the important complexities of 2020, it has become more vital than ever to find joy in small, everyday moments. Avaline,” Power continues, “was created for those very moments.”

Diaz and Power spoke to Rolling Stone about the misconceptions behind a celebrity-driven brand, the expensive vintages they’ve collected over the years, and how being in quarantine – and being a new mom – has helped to shape Diaz’s surprising new musical tastes.