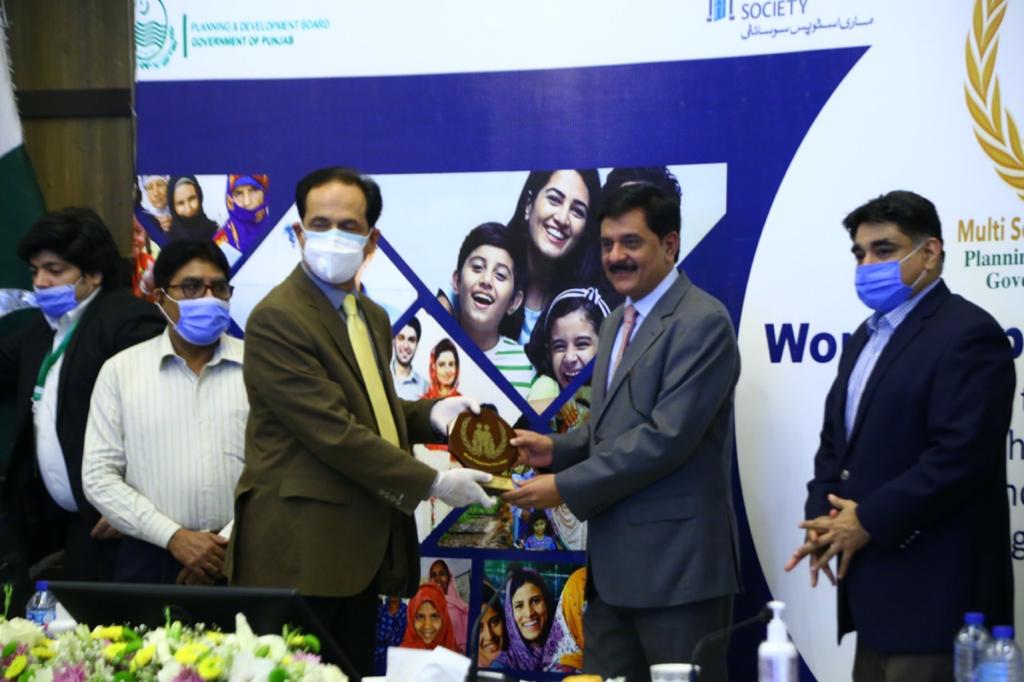 LAHORE: The Multi Sectoral Nutrition Center (MSNC), Planning and Development Board, Government of the Punjab, in collaboration with Marie Stopes Society hosted the World Population Day 2020. The day focused on the one hand to raise awareness on how to safeguard the health and rights of women and girls now amid the Covid-19 pandemic, and on the other hand to accelerate an innovative and integrated approach towards catering to minimize the challenges of abnormal growth of the population in the province of Punjab.

Addressing the occasion, Col (Retd) Muhammad Hashim Dogar, Minister for Population Welfare, Government of the Punjab said, “The population of Punjab is growing at a faster rate of 2.13% making it a total of 110 million people. This implies that if the current trend is maintained, the population of Punjab will increase to 121 million in the next 3 years, and it is anticipated to double by 2047. Addressing abnormal Population growth remains a top priority agenda of the current Government of Punjab. The relevant ministries and departments ever since they came to office have been endlessly engaged in efforts to address the issue of abnormal population growth in the province. He stated, it is essential to cascade high level commitments into effective policies, strategies and plans that benefit the masses. He further stated, the establishment of the Multi Sectoral Nutrition Center (MSNC) at P&D Board is a vision to integrate population planning by enhancing inclusivity and taking all the stakeholders on board to address the issue. He said, MSNC will lead the path the Department needs to take – through a multi-sectoral approach and the international best practices”.

Addressing the occasion, Dr. Sohail Saqlain, Executive Director MSNC, P&D Board, GoPb said, “Population has become one of the most important issues in socio-economic development worldwide. Population growth directly triggers higher demand for provision of various aspects of human existence including food, healthcare, housing, jobs, infrastructure, access to resources and many other issues. He paid tribute to P&D leadership who helped and supported the new idea and concept of MSNC, which was evolved under the leadership of the Honourable Minister for Population to broaden the scope of MSNC by adding population sector. He said, we foresee setting up regional Centers for nutrition at central and north Punjab similar to the one already established in South Punjab. Our long term vision is to take the MSNC from development mode to non-development by establishing a Directorate of Nutrition under P&D, first of its kind in Pakistan”.

Mr. Ali Bahadur Qazi, Secretary Population Welfare Department, GoPb said, “addressing the population explosion through interventions like family planning services becomes fundamental to catering towards the needs of families and assist in enhancing not only food security but access to improved quality services and lifestyle. He said, he government alone cannot perform enough to achieve the goal of a reduced population. As responsible and committed citizens we all must work together to meet the rising population challenges.”