In first, US charges MS-13 leader with terror 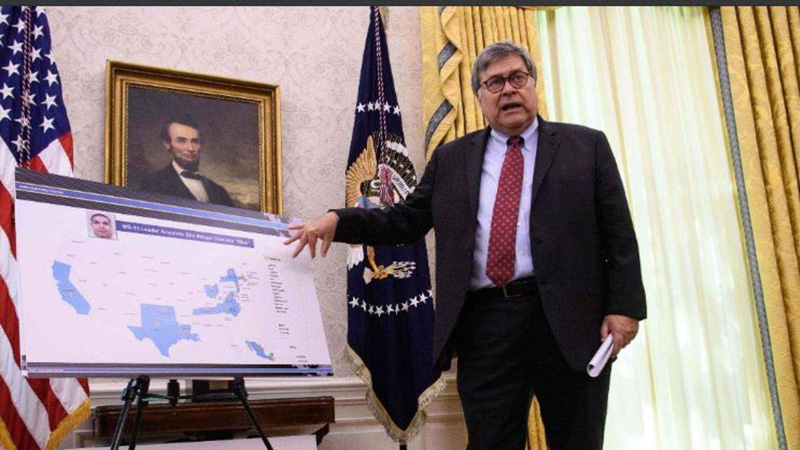 The US Justice Department announced Wednesday it is using terrorism charges for the first time to indict a member of the notoriously violent MS-13 gang.

Attorney General Bill Barr announced the charges against Salvador-based gang leader Armando Eliu Melgar Diaz at a White House event meant to highlight the Trump administration’s efforts to crack down on the group.

In an indictment unsealed in the federal court in Alexandria, Virginia, Diaz was accused of directing MS-13 activities on the US East Coast region, ordering and approving numerous murders and overseeing drug deals while collecting payments from around 20 local MS-13 cliques.

The Justice Department accused Diaz with conspiracy to provide material support to terrorists and conspiracy to cross-border terror acts, along with narco-terror financing and other charges.

The department did not explain why it was using terror charges for the first time against the gang, but it noted that the Salvadoran government had designated MS-13 a terror group.

“MS-13 is a violent transnational criminal organization, whose criminal activities respect no boundaries,” said John Durham, the Justice Department official in charge of a special task force to investigate MS-13.

“The only way to defeat MS-13 is by targeting the organization as a whole, focusing on the leadership structure, and deploying a whole-of-government approach against a common enemy,” Durham said in a statement.

Diaz lived illegally in the United States, mostly in Virginia, from 2003 to 2016 when he was deported, according to the indictment.

After that he became the gang’s main coordinator for its eastern US operations based in El Salvador. He is currently under arrest in El Salvador facing charges of drug trafficking and conspiracy to commit murder.