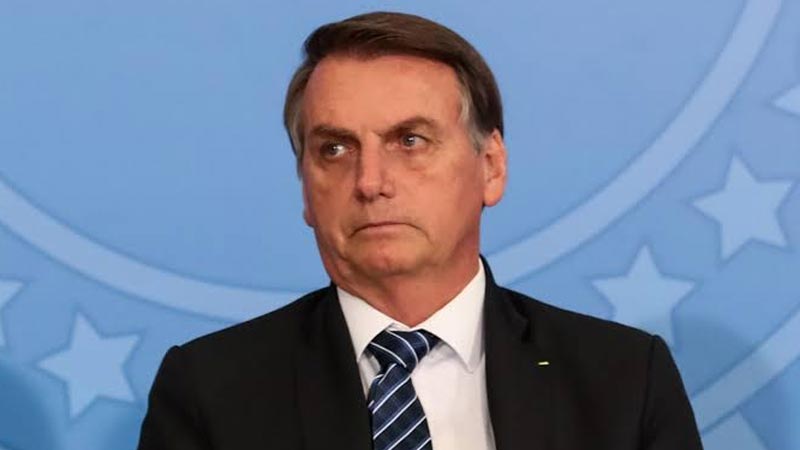 Brazil President Jair Bolsonaro announced Wednesday that he still has the coronavirus, after undergoing a new test the day before. “I’m fine, thank God. Yesterday morning, I took the test, and in the evening the result was that I am still positive for the coronavirus,” the far-right leader said in a Facebook Live broadcast from the gardens of his official residence in Brasilia. Bolsonaro said he is not experiencing symptoms and that his use of the anti-malarial drug hydroxychloroquine, which he said he has been taking since he was diagnosed last week, is working. “I am not recommending anything. I recommend that you talk to your doctor. In my case, a military doctor recommended hydroxychloroquine, and it worked,” he said. The presidential press office said in a brief statement that Bolsonaro, who at 65 is in a high-risk group, will remain in quarantine at the official Alvorada Palace residence, where he will continue to work by video conference. The far-right president, who has caused huge controversy in Brazil for repeatedly flouting lockdown measures in place to curb the spread of the virus, first tested positive a week ago. He admitted on Monday by telephone interview with CNN that he “can’t stand this routine of staying at home” and said he was waiting “anxiously” to be given the all-clear to leave the house. He told the television channel he hasn’t had any symptoms such as a fever or respiratory difficulties since July 6.