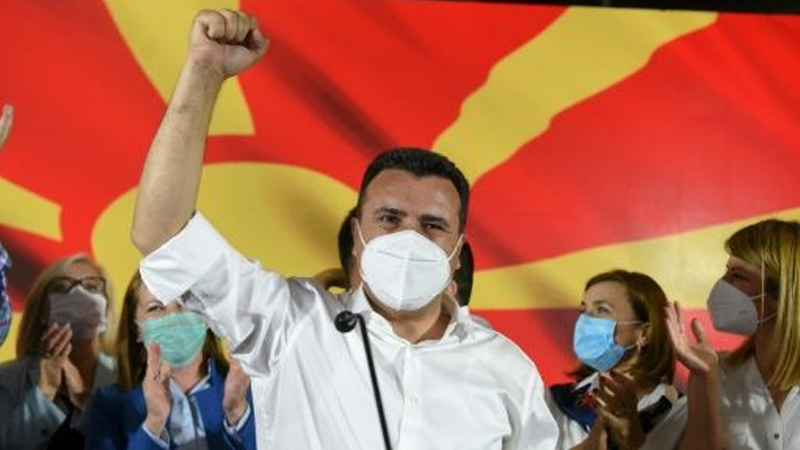 The Wednesday vote was the first parliamentary election since the Social Democrats added “North” to the Balkan country’s name last year — a move that ended a decades-old dispute with Greece but was highly controversial at home.

The historic accord ushered the Balkan state into NATO and opened the door to future EU membership.

But critics are still bitter about conceding a part of their identity to appease Athens, which claimed exclusive rights to the name Macedonia for its own neighbouring region.

Lacking an outright majority with only some 35.8 percent of the vote, the centre-left Social Democrats will now face tough coalition talks that could drag on for weeks in order to form a government.

That could postpone stable leadership at a time when coronavirus infections are surging and the country’s already weak economy is headed towards a pandemic-triggered recession.

If the Social Democrats fail to form alliances, the right-wing VMRO-DPMNE, just behind with some 34.5 percent of the vote according to the state election commission, would get a chance to build a government.

That party is formally pro-EU but has been highly critical of the name deal, lambasting it as “treason”.

“Our path to progress is confirmed,” assured Social Democrat leader and former prime minister Zoran Zaev in a victory speech.

“The citizens went out and voted for a clear future, for unity and solidarity, for economic patriotism, for law and order and to choose better present and a better future,” he said, adding that his camp had a three seat advantage in the 120-member assembly.

Despite the first-place finish, the Social Democrats fared worse than in the last poll in 2016, when they ultimately ended VMRO-DPMNE’s nearly decade long reign in power.

There is a perception that beyond the progress with the EU talks, the party has “not delivered on some of the key promises, including justice reforms”, said Elena Stavrevska, a political scientist at the London School of Economics. Low wages, high unemployment and widespread corruption have also been gnawing away at public faith in politics for years.