Dictatorship in the name of Democracy 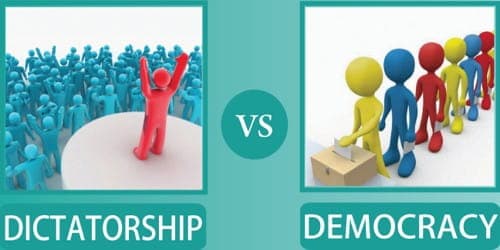 Pakistan’s armed forces are among the most modern, biggest and well capitalize in the world.. In the late 1950s, it became a key political strength and increasingly penetrate the economy. Its penetration into crucial political decision‐making became unshakable in the ’80s.

Civilian rulers did try from the 1970s to decrease the army’s standing, though they did so frantically: Zulifqar Ali. Bhutto reorganized the military’s high dominance and took some measures to reduce its political role and bring it under civilian control. Ultimately, his attempts to control the army led him to his end.

So let’s talk about today’s Pakistan and role of military because now military shows its power more openly. After winning the elections in 2018,Imran Khan has kept a close working relationship with the military, appointing serving officers to key posts such as the CEO of the Pakistan International Airlines (PIA). The fragile relationship between Pakistan’s civilian rulers and its military leadership has come under the spotlight once again as Prime Minister Imran Khan made changes in his cabinet.

In an unexpected move, Khan removed his information advisor Firdous Ashiq Awan, who was not one to shy away from a fight on television talk shows. Shibli Faraz, her replacement, is son of a famous Urdu poet and counted among the old guard of the ruling Pakistan Tehreek e Insaf. But he’s a little known politician who has been pushed to the vanguard of a fight to defend the government that is facing difficulties in containing the Covid-19 cases.

Officially, the changes are being publicize as a routine affair. But the appointment of Asim Bajwa, a retired military officer, as the second-in-command at the information ministry, has raised eyebrows.

Those ties have come at a cost for Khan as the opposition routinely challenges his legality, calling him a “selected” leader and accuses him of grasping power through military backing.

However, given the model of civilian-military relationship in the Pakistan, the army establishment has forced the PTI government to increase the defence budget allocations by 11.9%

The total allocated budget for the Fiscal Year (FY) 2020-21 is to the tune of PKR 1,289 billion, that is 2.82 percent of the GDP. The total allocation becomes even higher if one includes PKR 369 billion set aside for the pension to retired army personal and PKR 324 for the development programme of armed personnel. The defence spending of Pakistan always looks illusory as most of the military expenditures are kept hidden under different heads like nuclear programme and acquisitions. The dominating role of the military establishment also prevents the parliament from debating defence spending of country.

Then let’s talk about Jutice Qazi Faez Isa case. The reference, sent to the Supreme Judicial Council (SJC) by the President of Pakistan in May 2019, accused Justice Isa of misconduct for not declaring the foreign properties of his wife and children, and recommended action against him under Article 209 of the Constitution.  Justice Isa challenged this reference on the grounds that he cannot be held accountable for his (non-dependent) wife’s properties, acquired through independent financial means. And that, in any case, this is a tax issue at best, and does not amount to ‘misconduct’, as envisioned in Article 209 of the Constitution. Most importantly, Justice Isa claimed that information against him had been collected through illegal means. And then after scrutinizing the case the Supreme Court of Pakistan has set aside a presidential reference against Justice Qazi Faez Isa, declaring it ‘invalid’. The reason of all this drama is Military. Because Justice Faez Isa raised his voice on military’s role in Faizabad Dharna.

Even the Prime Minister’s media management team has been invade by the army with former ISPR official Gen Asim Saleem Bajwa being appointed to ensure that the national media is refrained from writing against the army establishment.

When you are clueless in Pakistan, ironically you turn to the army. And so Khan has appointed the army chief, Gen. Qamar Javed Bajwa, to his newly formed economic council. (Many would say the army chief appointed himself). Pakistan’s military, which has an oversized role in domestic and foreign affairs. The military has a lot of momentum right now, and the PTI government unlike the previous government – has served as an enabling force in the armed forces’.