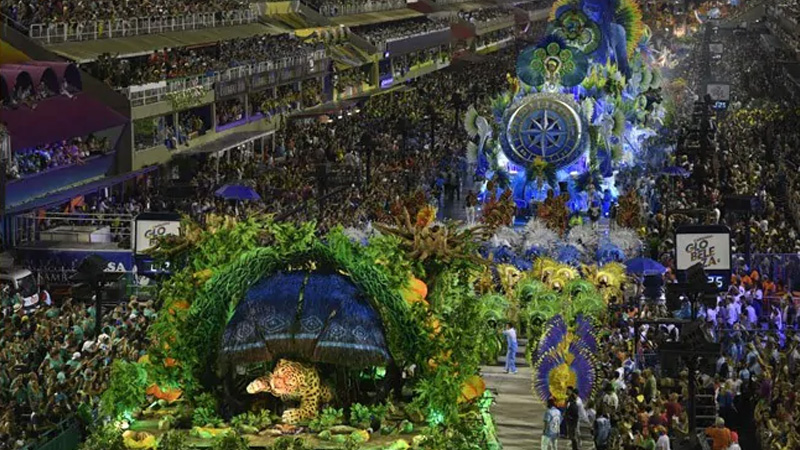 Some of Rio’s biggest samba schools say they will not participate in next year’s Carnival unless a coronavirus vaccine is widely available, Brazilian media reported Tuesday.

Five of the 12 top samba schools, including Mangueira and Beija Flor, told Brazil’s O Globo newspaper they would vote to postpone the parades at a meeting set for Tuesday.

“It’s simple. If there’s no vaccine, there will be no samba,” said the head of the Sao Clemente school, Renatinho Gomes.

“How can you gather crowds without collective immunity?”

The mayor of the northwestern city of Salvador de Bahia, where festivities also attract thousands of tourists, has proposed postponing the carnival season nationwide until April or June.

However samba school directors remain doubtful about fixing a date without a vaccine.

“Without a vaccine, it is impossible to organize the carnival on any day, be it February or June,” said Fernando Fernandes, director of Vila Isabel school.

He said schools could also find themselves exposed to a court ruling which could cancel festivities at the last minute.

“Once we’ve made heavy investments, the infections curve could rise again and the courts could step in to suspend” the parades, he said.

The sumptuous parades and monumental floats attract tens of thousands of tourists to Rio for the carnival every February.

Each school parades with nearly 3,000 costumed members, dancing close together in the purpose-built Sambodrome.

But the close proximity of dancers and spectators in the tumult of the carnival poses a massive problem for organizers.

“How are we going to do it? With a distance of two meters between the dancers? Everybody singing in masks?” asked Fernandes.

“How heavy would it weigh on a school director’s conscience if he saw about 50 members of his school die after the parade?” said Elias Riche, president of Mangueira.

However, the daily death toll has been gradually tailing off over recent weeks, with 59 over the past 24 hours.

Shops and restaurants have gradually been reopening, though schools remain closed.

Two vaccines under development are currently being tested on thousands of volunteers in Brazil, one of the countries worst-hit by the pandemic.

The most optimistic forecasts are for a vaccine to be developed and in distribution by early 2021.