Sabiha Khanum, the Golden Girl of Pakistani Cinema and Queen of Silver Screen, was remembered by her family and colleagues of film industry in an online tribute organized by the Pakistan National Council of Arts (PNCA).

Sabiha, who acted in 130 movies, was undoubtedly the prestige of Lollywood as she ruled over the industry during the 1950s-60s. She also performed in theatre and sang national songs for PTV while giving super hit movies to the industry. She passed away last month in US at the age of 85 where she was living with her daughter for two decades. Her friends and family paid rich tribute to the golden girl of Pakistani cinema.

Leading Pakistani film director Syed Noor said that he is proud of being a student of Sabiha Khanum’s family as they were legends. She was the first ever super star of Pakistani cinema, he said. According to him, Sabiha Khanum believed in giving happiness to everyone as she used to do on the sets of films. “She had sad scenes most of the times in films and I am amazed how she managed to shift from a smiling face to a sad face in seconds,” remembered Syed Noor, who also casted her granddaughter in his movie that became her debut.

Sabiha got married to another super star of that time, the legendary Santosh Kumar and the couple was truly the King and Queen of 50s and 60s. Film critic Aijaz Gul remembered an event of Karachi that showed the stardom of the couple rightly. “Sabiha Ji and Santosh Kumar had a cup of tea at a hotel in Karachi and they were surrounded by fans. The cups were later auctioned at the hotel as fans wanted to buy them,” said Gul, who is an encyclopaedia of Pakistani cinema and works as Director Films at PNCA.

She was born in Gujrat in 1935 and was named as Mukhtar Begum by her family. A noted drama writer and poet of that time Nafees Khaleeli gave her the screen name of Sabiha Khanum that got imprinted in the minds of people. Producer and Director of PTV Khawaja Najm ul Hassan said that she did complete justice to every role that was given to her and it is really a big achievement to sustain for 40 years in the industry. She also had experience of doing theatre as she was student of legendry theatre artist Sultan Khosat, he said.

In words of actor Mustafa Qureshi, it was the golden time of Pakistani cinema and Sabiha Khanum ruled over the industry in 50s and 60s. “She had a great beauty and personality and I am honoured to work with her in 16 movies,” remembered Qureshi. He was of the view that Sabiha had a long wish to be buried next to her husband Santosh Kumar in Lahore but it couldn’t be fulfilled due to the prevailing situation. Art Councils should display the photographs of the legendary couple, he said.

Sabiha got six coveted Nigar Awards while she was awarded Pride of Performance in 1984. She also sang hit national songs for PTV including Jug jug jiye mera piyara watan and Sohni dharti that still mesmerize many people. Sabiha acted in 130 movies and all her roles were super hit. Her remarkable performances were in movies Sassi, Saat Lakh, Ishq-i-Laila, Naaji, Mauseeqaar, Kaneez and Anjuman, to name a few. She is also credited to work in Pakistan’s first silver jubilee film named ‘Sassi’. A movie had to run continuously in one cinema for 25 weeks to qualify for the title of silver jubilee at that time. 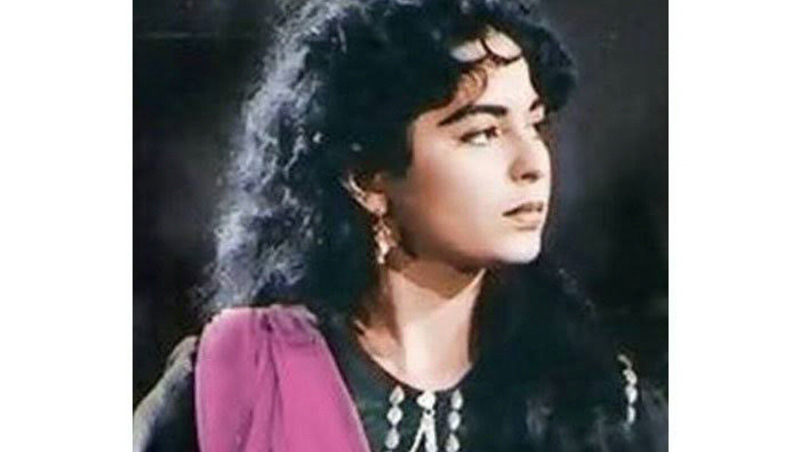 Sarish Khan, the granddaughter of Sabiha Khanum, who participated from Virginia US through video, said that she performed all her onscreen and off-screen roles superbly. “She used to live with us here and she also pointed out my mistakes when I did my first film,” Sarish said, who is the only immediate family member of Sabiha who featured in a film after her as she didn’t allow her children to join film industry. Fareeha, the daughter of Sabiha, said that she always wanted that her children and grandchildren speak Urdu instead of English as she didn’t want to let them become ‘Burgers’. “She had all her three children during 60s that was her super hit decade and I wondered how she managed during pregnancy while also giving blockbusters at that time,” her daughter said. I once asked her how she managed then and she said that she used to do songs before the pregnancy to remain in the shape.

Noted classical dancer Zareen Panna, who is also a close relative of Sabiha Khanum, said that she was extremely gorgeous even in her off-screen life. “I saw her for the very first time at Karachi’s Beach Luxury Hotel in an award ceremony in which President Ayub Khan was chief guest. I was stunned and I stopped dancing when I saw her for the very first time. I wondered how come a person be such beautiful and charming,” Panna said. She remembered the days of Sabiha Khanum and Santosh Kumar as she said that those nights were mesmerizing when informal sittings were common practice at their residence in Lahore’s Muslim Town. There were Faiz Ahmad Faiz, Ahmad Rahi, Muhammad Ali, Mustafa Zaidi, Zeba Jee at their house in Lahore and classical singer Mehdi Hassan also used to join them with his harmonium and the sittings remained continued till early morning, she said. The discussions on art, music, film, drama and poetry were the features of those sittings, Panna remembered.

Special messages were also played that were recorded by leading actors Nadeem, Reema Khan and Nisho in which they paid tribute to Sabiha. The tribute was hosted by PNCA Chief Dr Fouzia Saeed. Super hit songs and famous dialogues of Sabiha Khanum were also part of the online tribute.