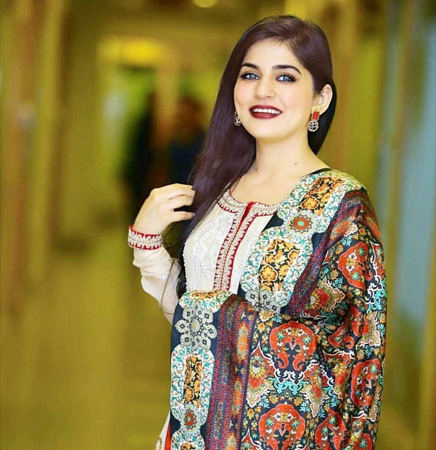 Popular actor and television presenter Sanam Baloch celebrated her birthday in quarantine in the presence of close family.

Turning to Instagram, she shared photos from the mini birthday celebration.

Fans sent in birthday wishes and love to the Teri Raza actress.

The starlet was last seen in a drama last year.

Speaking about how she entered showbiz in an interview earlier, Baloch had revealed “I never thought I’d work in the entertainment. Whenever I was asked about what I’d want to be when I grow up, I always used to say ‘I’ll become the prime minister of Pakistan.'”

She had also said that her elder sister convinced her to pursue acting and that’s how she made her TV debut.