* On Tuesday, 'Glee' showrunners Ryan Murphy, Brad Falchuk and Ian Brennan published a tribute to Rivera in the Hollywood Reporter 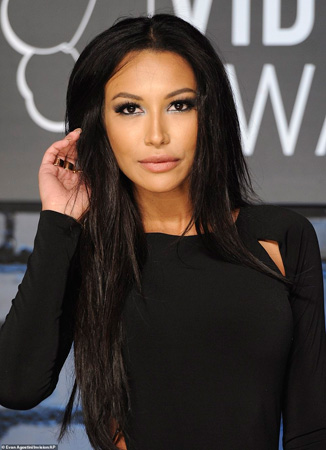 Friends, colleagues and former costars of Naya Rivera are mourning her death after the Ventura County Sheriff’s Office recovered her body on California’s Lake Piru Monday following a six-day search.

The 33-year-old actress and singer, best known for her role as Santana Lopez on Glee, is believed to have drowned while boating with her 4-year-old son, Josey Dorsey. Rivera was declared missing last Wednesday after Josey was discovered asleep and floating alone in the boat.

On Tuesday, Glee showrunners Ryan Murphy, Brad Falchuk and Ian Brennan published a tribute to Rivera in the Hollywood Reporter.

“Naya wasn’t a series regular when we cast her on Glee. She didn’t have more than a few lines in the pilot. But it didn’t take more than an episode or two for us to realize that we had lucked into finding one of the most talented, special stars we would ever have the pleasure of working with,” they wrote. “She could move between being scary tough and deeply vulnerable with ease. She was a joy to write for, a joy to direct and a joy to be around.”

Later on, they described “the humor and humanity” that Rivera brought to the role of Santana and her relationship with her eventual girlfriend and wife Brittany, portrayed by Heather Morris.

“It was one of the first times an openly lesbian, high school relationship was seen on network television and Naya understood what ‘Brittana’ meant to the many young women who were seeing themselves represented on television for the first time,” the showrunners wrote. “Naya always made sure that Santana’s love for Brittany was expressed with dignity, strength and with pure intentions. Naya was always moved by the girls who reached out to her to tell her how much Santana and Brittany’s love affected them. Naya’s obligation to them – and to all of her fans – was obvious. She had the rare combination of humility and endless confidence in her talent.”

For former Glee cast members and crew, the news of Rivera’s death was particularly resonant, as it came seven years to the day that fellow Glee co-star Cory Monteith was declared dead from a drug overdose. Glee star Lea Michele paid homage to both Monteith and Rivera through several black-and-white photographs on her Instagram story.

Jane Lynch, who portrayed Coach Sue Sylvester on the show, wrote on Twitter: “Rest sweet, Naya. What a force you were. Love and peace to your family.”

Chris Colfer, the actor who played Kurt Hummel, penned a lengthy Instagram post in tribute to Rivera: “How can you convey all your love and respect for someone in one post? How can you summarize a decade of friendship and laughter with words alone? If you were friends with Naya Rivera, you simply can’t,” he wrote. “Her brilliance and humor were unmatched. Her beauty and talent were otherworldly. She spoke truth to power with poise and fearlessness. She could turn a bad day into a great day with a single remark. She inspired and uplifted people without even trying. Being close to her was both a badge of honor and a suit of armor. Naya was truly one of a kind, and she always will be.” Kevin McHale tweeted: “My Naya, my Snixxx, my Bee. I legitimately cannot imagine this world without you…A week ago today we were talking about running away to Hawaii. This doesn’t make sense. And I know it probably never will.”

Darren Criss posted a long Twitter thread in tribute to Rivera. “She played by her own rules and was in a class of her own,” he wrote. “She had a brashness about her that I couldn’t help but be enchanted by. I also always loved her voice and savored every chance I got to hear her sing. I think she had more talent than we would have ever been able to see.”

Demi Lovato, who played Santana’s girlfriend Dani on Glee season 5, wrote: “RIP Naya Rivera. I’ll forever cherish the opportunity to play your girlfriend on Glee. The character you played was groundbreaking for tons of closeted queer girls like me, and your ambition and accomplishments were inspiring to Latina women all over the world.”

‘Naya wasn’t a series regular when we cast her on Glee. She didn’t have more than a few lines in the pilot. But it didn’t take more than an episode or two for us to realize that we had lucked into finding one of the most talented, special stars we would ever have the pleasure of working with,’ they wrote

Jenna Ushkowitz, who starred on Glee as Tina Cohen-Chang, wrote, “There are no words and yet so many things I want to say, I don’t believe I’ll ever be able to articulate exactly what I feel but … Naya, you were a force and everyone who got to be around you knew it and felt the light and joy you exuded when you walked into a room. You shined on stage and screen and radiated with love behind closed doors.”

Amber Riley posted a video of Rivera and her son with the caption, “My favorite duet partner. I love you. I miss you. I don’t have words right now, just lots of feelings. Rest In Peace Angel, and know that your family will never have to worry about anything.”

Dianna Agron wrote, “Naya and I fell into stride with such ease, she was my first friend and ally on our show. In the pilot, our characters came and went with such swiftness. Our enthusiasm brimmed with all of the unknown. We tried to grasp what the other cast members must be feeling as we were working in such separate manners. We dared to dream. What if this show worked? Wouldn’t that be something? Something was brimming, it was palpable. And thank god it worked. Naya’s magnetic talent was going to be unleashed, we just didn’t know it yet. ”

She continued, “To work with her was a gift. There was a great deal to absorb – her work ethic, her fearlessness, her talent – supreme. Naya had a laugh that would envelop you and hold you captive. She was mesmerizing. That twinkle in her eye, her luminous smile. Naya lead with truth, humor, wit. I loved her for all of these reasons.”

Matthew Morrison, who starred as Glee’s teacher and coach Will Schuester, described Rivera as a “powerful force, in both her personal life and in her work” on Instagram. “While so many of us were trying to find our voice, Naya’s was clear and resolute,” he wrote. “When she spoke, you would embrace every last word. And when she sang, she would let you into her soul. Glee acted as only a snippet of her life that we all, thankfully, had the honor of witnessing. But Naya would shine brightest when surrounded by her wonderful family.”