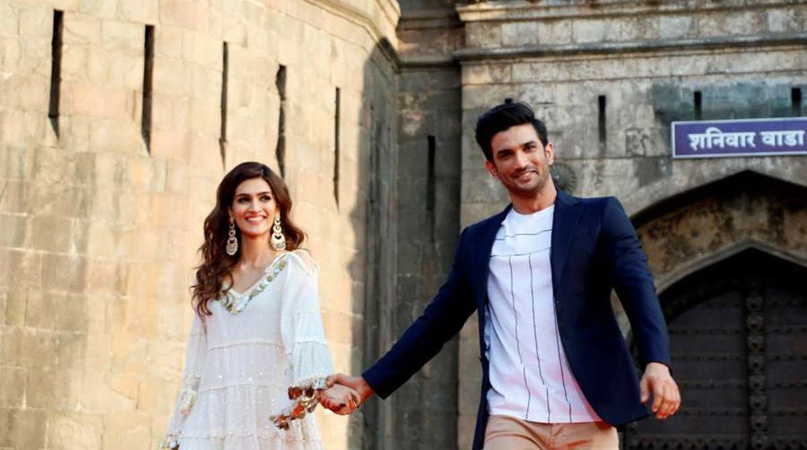 Actress Kriti Sanon dropped a cryptic post on Instagram last night, a month after actor Sushant Singh Rajput’s demise. She did not tag anyone in her post or dedicated it to anyone. It simply said, “And in between a guilty laughter that pretended to move on, her eyes shed tears of reality and broke all her delusions.”

Kriti and Sushant were rumoured to be dating in 2017. In the same year, their film ‘Raabta’ had also released. Sushant died on June 14 by suicide in Mumbai. Kriti was one of the few people from the industry who had attended his funeral.

After his sudden demise, Kriti had also penned an emotional eulogy for Sushant. She said that a piece of her heart has gone with him and she is completely broken with his passing away.

“Sush, I knew that your brilliant mind was your best friend and your worst enemy.. but it has broken me completely to know that you had a moment in your life where dying felt easier or better than living,” read an excerpt from Kriti’s heartbreaking note.

Kriti and Sushant were rumoured to be dating in 2017

She added, “I so wish you had people around you to get you pass THAT moment, I wish you hadn’t pushed the ones who loved you away.. I wish I could have fixed that something which was broken inside you.. I couldn’t..”

“I wish so, so many things.. A part of my heart has gone with you.. and a part will always keep you alive.. Never stopped praying for your happiness and never will,” Kriti signed off.

Meanwhile, she also shared the trailer of Sushant’s last film ‘Dil Bechara’ and said it would be hard to watch it.