* Virus has claimed 5,417 lives while 172,810 patients have recovered so far across country 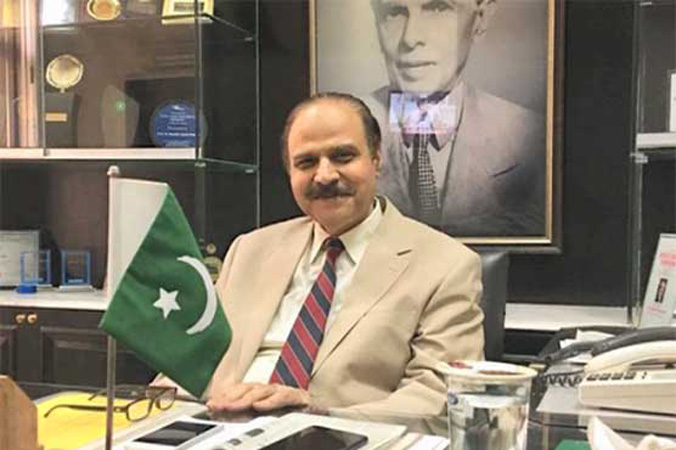 Dr Pasha was diagnosed with Covid-19 on June 14 and was under treatment at Ch Pervaiz Elahi Institute of Cardiology, Nishtar Medical University’s principal Dr Iftikhar said. He was shifted to a ventilator on July 6, he added.

Prime Minister Imran Khan extended his condolences to the families of Dr Pasha and former school-fellow Nadeem Mumtaz – who also passed away after being diagnosed with the coronavirus.

Meanwhile, renowned orthopaedic surgeon Dr Younis Hayder Soomro also passed away due to coronavirus in Karachi on Wednesday, according to Pakistan Medical Association Secretary General Qaiser Sajjad. Soomro had been diagnosed with the respiratory illness about a month ago. He was under treatment at the Ziauddin Hospital in Clifton where he practiced and had been on a ventilator for the past 15 days after complications arose due to his age, he said.

PPP Chairman Bilawal Bhutto Zardari paid tribute to the late doctor, saying “professionals like Dr Soomro are the real heroes of the country”. “He set a new standard by working tirelessly during the pandemic,” he said.

Sindh Chief Minister Murad Ali Shah Wednesday said that 1,140 coronavirus cases and 25 deaths have been reported in the province during the past 24 hours. In a statement, Shah said that 11,060 samples were tested during this period. The provincial total has risen to 108,913 while the death toll is 1,888. He added that 36,733 patients were currently under treatment.

As many as 2,360 policemen in Sindh have been infected by the novel coronavirus so far, Sindh police said. According to a media statement by the police, 150 new cases have been reported over the past two days. About 16 police officials have passed away from the virus, while 695 have recovered. Currently, 1,649 officials are under treatment. Punjab has reported 553 coronavirus cases and 17 deaths, according to the government’s Covid-19 portal. The provincial case tally has risen to 88,045 while the total number of fatalities have increased to 2,043 – the highest death toll of any province in the country. More than 64,000 people have recovered from the virus in the province.

Islamabad has reported 113 fresh coronavirus cases, recording triple-digit cases for the first time in nine days since it confirmed 117 on July 5. According to the government’s Covid-19 portal, this has taken the capital’s total to 14,315.

Gilgit Baltistan has reported 14 new cases while Azad Jammu and Kashmir has confirmed 33, taking their tallies to 1,708 and 1,688, respectively. GB has also recorded two additional fatalities while AJK has reported one death.

The government’s database on coronavirus shows that 2,154 more people have recovered from Covid-19 in Pakistan.