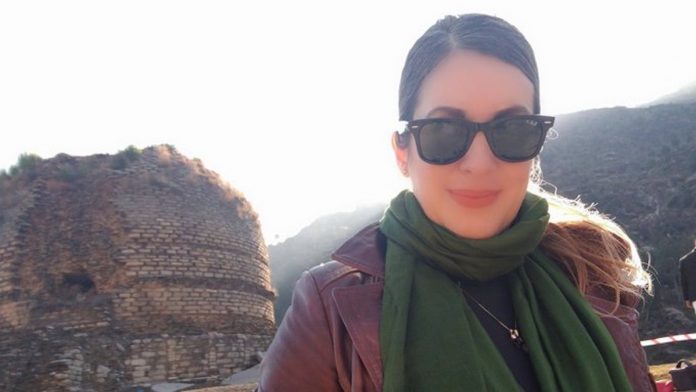 PPP office-bearer Iftekhar Ahmed and his counsel Ch Tanvir Ahmed appeared before the interior secretary on Wednesday and provided him evidences and documents against Cynthia Dawn Ritchie for her illegal stray and activities in Pakistan.

The interior secretary was directed by the Islamabad High Court the hearing of petitioner Iftekhar Ahmed on July 03, 2020. The petitioner maintained that Cynthia Dawn Ritchie is living illegally in Pakistan and she is carrying illegal activities and violating the Constitution of Pakistan, immigration and visa laws. While talking to media petitioner said that Cynthia D Ritchie visa has been expired on 2nd March, 2020 and since then she is living in Pakistan illegal and interfering in Pakistani politics and levelling allegations against political leadership to defame Pakistan name across the world. He said the law must take its course and deport her immediately. The lawyers of PPP presented a set of 22 questions posed to Cynthia D. Ritchie through Secretary Interior and complete details of the violations and her illegal activities. He has also questioned the Ministry of Interior whether it has granted her any permission to investigate anti-state activities of PPP and to work in NACTA and other places in the presence of business visa.

The Counsel of Iftekhar Ahmed also submitted his additional quarry about Cynthia D. Ritchie bank account for collecting of donation from Pakistani public which the secretary interior accepted and made part of the documents. In the fresh quarry it is stated that Ms. Cynthia Dawn Ritchie had advertised on her twitter account for collection of funds from the public without taking any permission from the State Bank of Pakistan. It adds “Ms. Cynthia Dawn Ritchie may be asked to provide the details of her accounts maintained in Pakistan and under which provision of law she got opened the enclosed account while she should have opened a business account in the name of her organization as per business visa policy of government of Pakistan.”