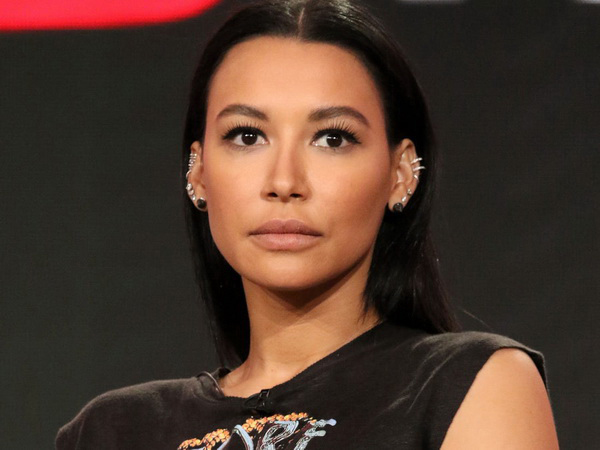 The search for Naya Rivera has come to a tragic end. The actress was confirmed dead by authorities on Monday, July 13, five days after she went missing on a California lake.

This news comes just hours after the Ventura County Sheriff’s department said that a body had been found at Lake Piru. During a press conference, Ventura County Sheriff Bill Ayub said the body, which they are “confident” is that of Rivera’s, was discovered floating at the surface of the lake by personnel searching by boat early Monday morning.

“Based on the location where the body was found, physical characteristics of the body, clothing found of the body and the physical condition of the body, as well as the absence of any other persons reported in the area, we are confident the body we found is that of Naya Rivera,” Ayub said.

An autopsy will be conducted to confirm a cause of death and a positive identification of Rivera’s remains will be made through dental records. The depth of the water where Rivera’s body was located is between 35 and 60 feet deep. The lake bed is covered with heavy brush and trees.

Capt. Eric Buschow also told E! News exclusively that Rivera’s Glee “cast members and friends gathered for a prayer at the water’s edge just before the body was found.”

On Wednesday, July 8, the Glee star went missing while boating with her young son on Lake Piru, a reservoir located about 50 miles north of Los Angeles. The Ventura County Sheriff’s Department said authorities were called to Lake Piru when a child, later identified as 4-year-old Josey Dorsey, was found alone on a boat. According to authorities, Naya and Josey rented the pontoon boat at approximately 1 p.m. and headed toward the northern portion of the lake. Using the shoreline features in the background of FaceTime call Rivera conducted with family members, authorities said they were able to identify specific locations she and her son visited while out on the lake.

After speaking with Rivera’s son, authorities said they were able to conclude that he and Naya swam in the lake together. It was then, Ayub said, “that her son described being helped into the boat by Naya, who boosted him on to the deck from behind. He told investigators that he looked back and saw her disappear under the surface of the water.”

“There are a lot of currents on the lake that appear particularly in the afternoon,” he explained further. “We believe it was mid-afternoon when she disappeared, the idea perhaps being that the boat started drifting, it was unanchored, and that she mustered enough energy to get her son back onto the boat, but not enough to save herself.” Authorities state the toddler was wearing a life-vest and wrapped in a towel when an employee at the rental facility discovered the boat after it was past due for return. An adult size life-vest was found on the boat.

‘Based on the location where the body was found, physical characteristics of the body, clothing found of the body and the physical condition of the body, as well as the absence of any other persons reported in the area, we are confident the body we found is that of Naya Rivera,’ Ayub said

Soon thereafter, a search-and-rescue operation began at the lake, but was suspended Wednesday evening.

Efforts resumed early Thursday morning. At that point, authorities said they shifted the search to a “recovery operation.”

The Sheriff’s Department said upwards of 100 law enforcement and emergency personnel were “searching the depths of Lake Piru for the body of Naya Rivera who is missing with all indications she drowned.”

“The goal is still to bring Ms. Rivera home to her family so that they can have closure,” Ventura County Sheriff Deputy Chris Dyer stated at the time.

Authorities do not suspect foul play in Rivera’s death. In fact, Capt. Eric Buschow told E! News in a recent interview, prior to the discovery of her remains, “We are confident, based on the circumstances, she was not a victim of foul play. There is no indication of this being an abduction or a homicide. There is also nothing to indicate it was a suicide either.”

Buschow also shed light on Rivera’s son’s involvement in the since-concluded search for the star.

“Kids that age,” he explained to us, “they are going to be very matter of fact in providing information. And he was. He was able to provide information that was very helpful to investigators.”

Rivera’s final social media post was a photo of her kissing Josey, which she captioned, “Just the two of us.”

Days prior on July 6, Rivera reminded her 2 million Instagram followers that “tomorrow is not promised,” writing, “No matter the year, circumstance, or strife everyday you’re alive is a blessing. Make the most of today and every day you are given.”

The actress became a household name thanks to her role as Santana Lopez on Glee, which she starred on from 2009 to 2015. In 2013, she released her debut single, “Sorry,” with then-fiancé Big Sean. Rivera and the rapper announced their split in 2014. That same year, the star married actor Ryan Dorsey. They welcomed their son in Sept. 2015, but would eventually divorce after two years of marriage. In the years that passed, Naya remained focused on motherhood and her career, including her latest role on the Starz show Step Up.

During a 2019 interview with E! News, the actress predicted Josey could one day follow in her footsteps. “He’s theatrical in every way,” she shared. “He is definitely a little ham.”

The Glee cast has been touched by tragedy time and again. In 2013, Cory Monteith suffered a fatal overdose, and five years later Mark Salling died by suicide. Today marks the seventh anniversary of Monteith’s death. As news of her confirmed passing broke, Rivera’s former co-stars and famous loved ones paid tribute on social media.