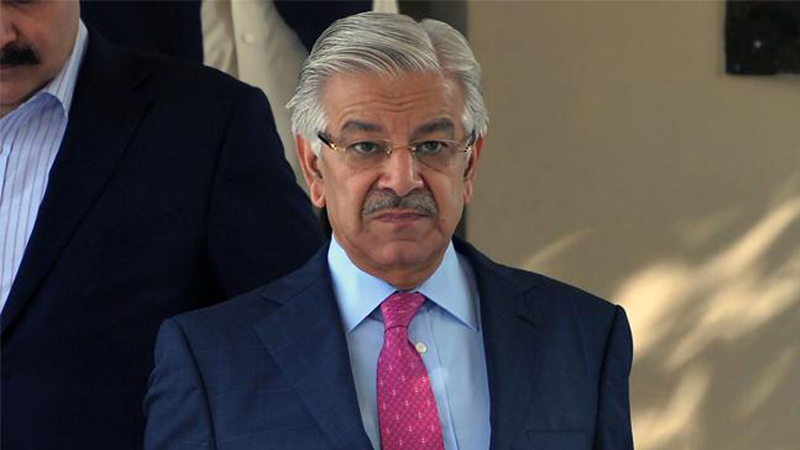 Former foreign minister and PML-N leader Khawaja Asif on Tuesday objected to the government’s move to announce the resumption of Afghan trade through Wagah border on Kashmir Martyrs’ Day.

Criticising the government for taking such an insensitive decision especially on Kashmir’s Martyr’s Day, which was observed by Pakistanis and Kashmiris on July 13 to pay tribute to the martyrs of the 1931 carnage, the PML-N stalwart said that the details regarding it should have been discussed in the House before making an announcement.

“[Re]-opening transit trade on this day is tantamount to hurting the sentiments of the Kashmiris,” he lambasted the government while questioning the need to take the decision in such a hurry.

“If there was any such suggestion, it could have been postponed a little nd the House should have been informed about it,” he added.

Yesterday, the foreign office had announced that Pakistan will resume Afghan exports through the Wagah border crossing from July 15 after implementing coronavirus-related protocols. “At the special request of the Government of Afghanistan and to facilitate Afghanistan’s transit trade, Pakistan has decided to resume Afghan exports through Wagah border crossing from July 15, 2020, after implementing COVID-19 related protocols,” the Foreign Office had said. It added, “With this step, Pakistan has fulfilled its commitments under the Pakistan-Afghanistan Transit Trade Agreement (APTTA). Pakistan has restored bilateral trade and Afghan transit trade at all border crossing terminals to pre-COVID-19 status.”

Pakistan remains fully committed to further strengthening its bilateral relations with Afghanistan in all areas including trade, and to facilitate Afghanistan’s transit trade under APTTA, the Foreign Office added.

Pakistan last month had opened its third border crossing with Afghanistan to facilitate trade between the two countries. Islamabad said it was opening the third border crossing with Afghanistan for 24/7 trade. The Torkham, Chaman, and Ghulam Khan borders were open to increase the volume of trade and to promote business activities between the two countries. A notification issued by the Ministry of Interior said the three border terminals would remain open for imports and exports from and to Afghanistan, with an unlimited number of trucks to be allowed per day for both Afghan transit and bilateral trade.