On May 12, 1960, Pakistan’s Permanent Representative to the UN in New York, Aly Khan, dies in a Paris car accident; ending a promising diplomatic career. Who was Aly Khan and what distinguished him from other diplomats? Moreover, what relevance does he hold today? 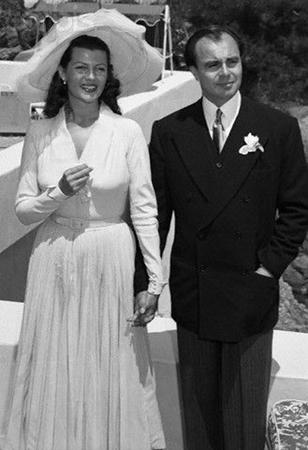 A decorated war hero, champion equestrian, record-breaking aviator, Grand Prix driver, daredevil skier and darling of the glitterati; one could be forgiven for assuming James Bond to be the subject. Not so, for this is the story of Prince Ali Salman Aga Khan, popularly known as Aly Khan. Someone the New York Times described as a “restless man of the world”.

Born in 1911, Aly Khan was the eldest child of Sir Sultan Mahomed Shah Aga Khan, a founder of the All-India Muslim League and spiritual leader to millions of Nizari Ismaili Muslims around the globe. Aly would inherit his father’s passion for horses, achieving renown as the world’s foremost breeder and trader of thoroughbreds.

With the senior Aga Khan serving as the President of the League of Nations and younger brother, Prince Sadruddin, a former UN High Commissioner for Refugees (once tipped to be UN Secretary-General), diplomacy was in the blood. In 1958, Aly was appointed Pakistan’s envoy to the UN (on a salary of Rs.1 per annum). He would go on to be elected Vice-President of the UN General Assembly and serve as chairman of the UN’s Peace Observation Committee.

Ray Cave, former editorial director of Time magazine, characterised Aly Khan as “A Man of Quality.” But which quality of an ideal diplomat did Aly possess? Despite legal training at Lincoln’s Inn, his understanding of international law could not match that of Muhammad Zafarullah Khan, Pakistan’s first Foreign Minister and later President of the International Court of Justice. Nor did his interactions with world leaders as a representative of the Ismaili community elevate his grasp of multilateralism or bilateralism to those of ace Pakistani diplomats like Agha Shahi (who incidentally served under Aly at the UN), Jamsheed Marker or Abdul Sattar.

Yet, as if the embodiment of Dale Carnegie’s lessons on “How to Win Friends and Influence People,” there was one quality of Aly Khan, the versatile polyglot, that few diplomats in history have ever acquired; the ability to walk into any room in any country and not only be instantly recognised but become the adored centre of everyone’s attention. Aly would admit to a journalist inquiring into the interest he regularly received on the streets of New York, “Maybe I shouldn’t mention it, but it doesn’t happen only in New York, you know. It’s the same wherever I go-Turin, Paris, Karachi, even in South America. Most people seem to know me. If they don’t recognise me, they always look twice, and you can tell they are thinking, ‘I’ve seen that fellow somewhere before.'”

A friend of Aly Khan once remarked, “When you see Aly in Karachi in Ismaili dress, he looks like a Pakistani. In Paris, he looks like a Frenchman. In Rome, he could pass for any upper-class Italian. Even here in America, Aly doesn’t look foreign.”

This adaptability only added to the immense personal charm, which had put Aly on a first-name basis with the powerful and influential. He was as likely to have gone on an outing with the Shah of Iran as he was to have had tea with Princess Grace of Monaco. During his tenure at the UN, guest-lists of his self-financed diplomatic receptions would include the most prominent names in politics, industry, media and Hollywood. So glamorous were these events (featured in LIFE magazine) that a black market arose for invitations by the Pakistan House in New York.

Aly Khan’s globetrotting was, in part, necessitated by the need to manage philanthropic ventures. The Aga Khans have long aided global efforts to eliminate poverty; achieving considerable success by facilitating institutional changes in the developing world. Their work has spanned the areas of health, education, culture, economic development and the environment. It includes a network of hospitals and universities operating across Africa and Asia (including Pakistan). Diplomats are expected to enhance their comprehension of foreign establishments. In many a case, Aly and his family helped build them.

Foreign policy challenges faced by Pakistan today are even graver than those in 1960. What difference could Aly Khan have made as one of our diplomats today? A major test has been the brutal crackdown in Indian-held Kashmir (IHK). While there is always room for improvement, the efforts of our Foreign Office deserve credit; the UN Security Council discussed Kashmir for the first time in five decades while Imran Khan’s address to the UN General Assembly was gripping.

But if history is a guide, it doesn’t take too long for meeting minutes to start gathering dust on bureaucratic shelves or for stirred emotions to fade. Often, the status-quo evolves into the norm and the world’s attention moves on. A sustained campaign is required to continue the galvanisation of international public opinion against India’s atrocities and towards finding a resolution to the dispute. Something Aly Khan could have excelled at.

Lobbying decision makers in important capitals can often be a long-drawn-out process. For Aly Khan, it would have simply meant a conversation with friends over dinner. Given the public’s fascination with him, Aly was under constant media scrutiny often gracing magazine covers like those of Sports Illustrated (US), Der Spiegel (Germany), Noir et Blanc (France), Tempo (Italy) and De Post (Belgium), just to name a few. A status he could have exploited in the present day to highlight the Kashmir issue.

As a senior leader of a wide-spread Islamic sect and given his philanthropic credentials, Aly Khan’s concerns regarding the plight of fellow Muslims in IHK (and by extension Muslims in India proper) would have carried weight. In today’s social media-driven world, just a few posts from influencers can reach hundreds of millions. With Aly’s extensive connections, Pakistan might have been in a unique position to influence the influencers.

Aly Khan is no longer with us, but his legacy remains. What inspiration can the world’s diplomats take from him today? The collective qualifications and backgrounds of diplomats cover the areas of history, politics, economics and law, among others. While a broad understanding of intellectual disciplines is important, a broad view of life is essential. It is what protects against entrapment within dogmatic silos, fuels a flair for conversation and makes one dream of things that never were. How did Aly accomplish this?

The root of Aly Khan’s popularity was his remarkable personality; remarkable because he pursued diverse roles with distinction. His thorough knowledge of the languages, cultures, traditions, arts, music and cuisines of many countries permitted him unmatched insights into different societies. It is worth mentioning here that Aly, in conjunction with his several aforementioned stations, was an astute collector of art preserving countless pieces from across the globe. These included ceramic plates sculpted by his friend, the artist Pablo Picasso, for Aly as a wedding gift. It is precisely these attributes that made Aly an effective philanthropist; the ability to traverse a wide spectrum of peoples with ease and fully visualize the context of their predicaments.

Rudyard Kipling wrote, “…there is neither East nor West, Border, nor Breed nor Birth…”

Perhaps he had someone like Aly Khan in mind. For at the core of what might have made Aly an indispensable asset, for Pakistan now, was substance wrapped in a thick cloak of style; an innate desire to fuse the oriental & occidental, bridge the religious & secular and experience the wonders of the earth in all their glory.

Aly was a highborn, endowed with privileges not afforded to the general populace. Nonetheless, replicating the breadth of his vision asks only for an open mind. All of us, for the sake of this planet, should expand our horizons and aspire to become citizens of the world. Let us endeavour to be, a little bit, like Aly Khan.

The author is a Finland-based engineer and hobby writer with an interest in history, philosophy and current affairs (e-mail: [email protected])