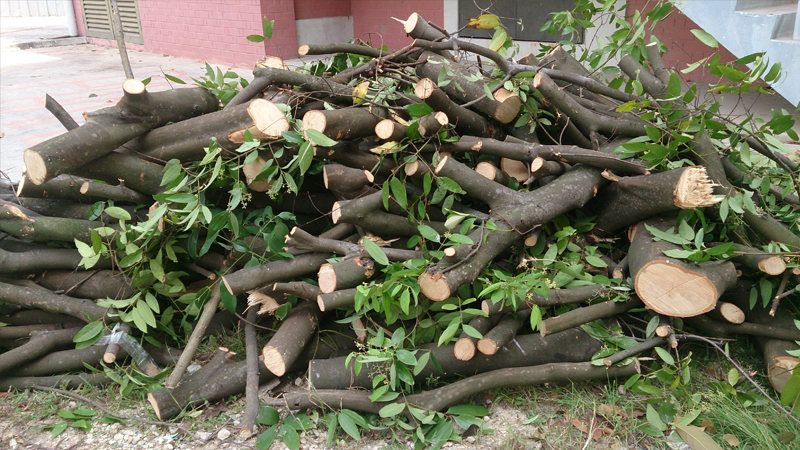 Trees cut down by forest department along the Canal Road near Jallo Morh area are causing hurdles in smooth traffic flow and road accidents as well.

The trees were chopped off by forest department on the request of Lahore Electric Supply Company (LESCO) for installing high voltage cable/wire, but despite the completion of installation work, branches and logs of trees have been lying along the road for the last six months.

A number of road accidents were reported during the course of time, causing injuries to commuters and pedestrians. People have complained to forest department officials time and again about the problems but they did not pay any heed towards the issue.

“I and my brother were on way to home by a motorbike when they ran into a log of tree laid along the road, due to which, they sustained injuries and were shifted to hospital,” said a citizen, Usman.

When contacted, an official from forest department told APP that the matter was sub judice as a citizen had approached the court over cutting down of rrees, and they would lift wood after the verdict of the court.

The dwellers of the area complained that officials from Forest Department and LESCO were using delaying tactics by saying that the matter was sub judice and they could not remove wood from the road until the court verdict comes.

The residents appealed to the authorities concerned to do the needful for lifting wood for the convenience of motorists and pedestrians.