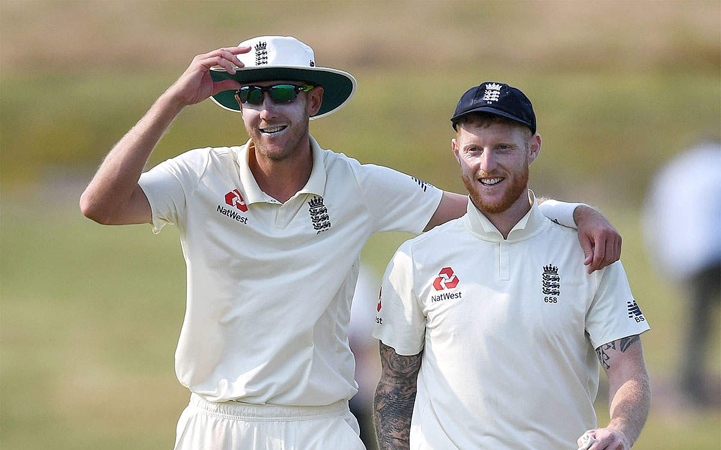 SOUTHAMPTON: Stuart Broad’s England career is “nowhere near done” despite the paceman’s omission from the Test series opener against West Indies, stand-in skipper Ben Stokes has said. A “frustrated, angry and gutted” Broad sought future reassurance after being dropped for the test as England opted for the express speed of Jofra Archer and Mark Wood and the experience of James Anderson in their pace attack. “I’d actually be very worried if he didn’t show that passion towards not being selected,” Stokes said after West Indies triumphed by four wickets to go 1-0 up in the three-Test series. “Someone who’s played that many test matches and got that many wickets — to still see that desire and emotion is fantastic as a senior player in this team,” added Stokes, who was standing in as skipper with Joe Root on paternity leave. While Broad was “nowhere near done,” Stokes had no regrets about dropping the veteran of 138 Test matches. “If I was to regret that, it sends the wrong message to the other guys I picked,” he added. “We’re in a fortunate position that we’re able to leave someone out of Stuart’s quality and I thought the interview he gave the other day was fantastic, the passion he showed.” The second Test at Manchester begins on Thursday.