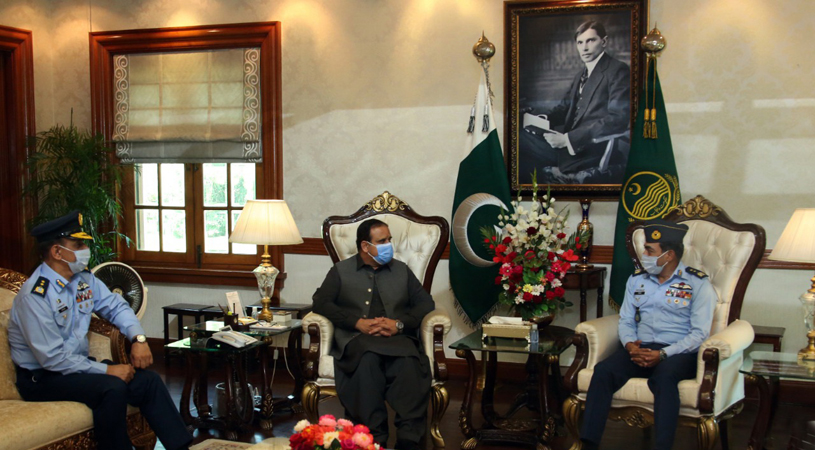 Chief Minister of Punjab Sardar Usman Buzdar on Monday announced that the provincial government has made all preparations to launch mobile land record centres across the province.

In a statement, Usman Buzdar said that the government will launch 20 mobile “Arazi” centers for the far-flung areas of the province in the first phase.

He said these mobile land record centers will facilitate citizens to avail of various services at their doorsteps. The Chief Minister said these services include the issuance of fard (the ownership document) and the mutation of property.

He said the mobile Arazi centers have been linked with other Arazi centers in Punjab. “PTI government is giving back the rights to people by bringing unique reforms in the system of governance,” he added.

The chief minister further said that past governments used to promote patwari culture for their personal gains but this initiative of e-governance by the provincial government will completely eradicate the culture. It is pertinent to mention here that Punjab Land Records Authority (PLRA) has been set up under the administrative control of the Board of Revenue, Government of the Punjab.

The Punjab government has started different projects in Balochistan as a gesture of goodwill. Giving a detail, he added the Punjab government will set up Punjab House in Gwadar along with a centre of pilgrims in Tuftan while the technical college, being developed by the Punjab government in Kharaan, will be completed this year. The Punjab Bank, Rescue 1122, college transport and other facilities are being provided in Mosa Khail. He disclosed that a cardiac hospital will be set up in Balochistan and another 100-bed hospital will be constructed in Turbat by the Punjab Government. He added that DG Khan institute of cardiology will provide modern treatment facilities to the patients of Balochistan province.

On the other hand, the CM told that Mir Chakar Azam Rind mausoleum is being restored in Okara. A state-of-the-art vegetable market will be developed in DG Khan and cold storage and truck stand will also be set up at Sakhi Sarwar Road in DG Khan. The road infrastructure is being improved in Koh-e-Suleman to promote trade with Balochistan, he said. Along with it, a new model city will be developed in Lahore where a health education city and the small dam will also be built. The roads to be built under a public-private partnership mode will benefit all the users. South Punjab has moved forward on the road of development and an ACS and Additional IG have been posted there.

Balochistan Industries Minister stated that Punjab appears much better than before and the fruits of development are also visible in remote areas. The passion of CM Usman Buzdar to strengthen the country and employ collective efforts for development is praiseworthy. We feel happy when Usman Buzdar comes to Balochistan, he added. Usman Buzdar accepted the invitation and announced that we will soon visit Loralai.