Parliament and provinces under attack: Sherry 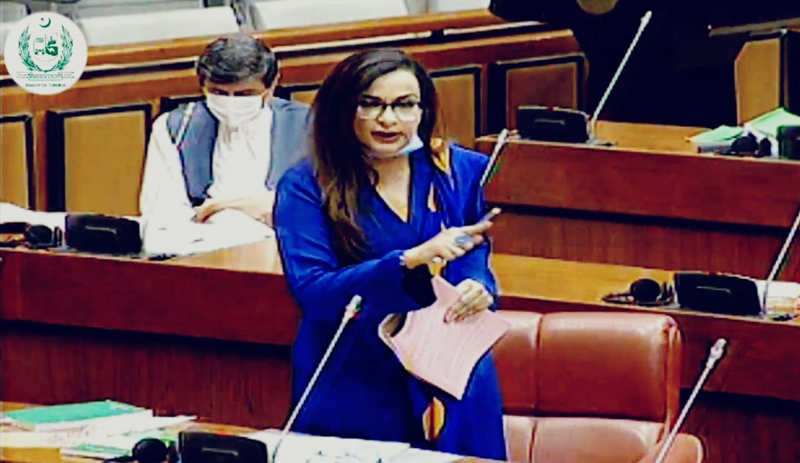 Strongly opposing Senator Saif Ali Khan’s constitutional amendment to amend the NFC in the senate, parliamentary leader of the PPP in the Senate Sherry Rehman in her speech said, “It is the provinces tax collection that is running Pakistan, not the federation which is complaining about “giving away its resources” to the provinces. This is a backdoor attack on the federation’s unity and stability. Have people not seen the history of the country? Where Pakistan broke because of such attacks on provinces rights?”

She said, “The 1973 constitution, 18th Amendment and this formula have gone through a mature democratic process. Don’t attack the parliament and its constitution this way. These attacks are coming from the treasury bench. When they don’t like the parliamentary system, one speaker asks to undo the social contract between the province and the federation while another says bring in the presidential system”.

“This is Pakistan’s basic social contract which keeps the country and provinces together. This is a federation. One thing keeps us bonded together, and that is our constitution. But now there are efforts to change this which has made their dubious aims clear. We will not allow this,” she added.

“Why the need to extract more money from the provinces? Because they can’t do basic things like even maintain records of tax collection; the record-breaking increase in public debt and liabilities, Rehman said, “The federal Government is staggering in its incompetence and inability to run the country. They are running on unprecedented debt. No government in the past 73 years has taken on additional debt of Rs 619 billion a month, every month. But this government has set a new record, over the past 630 days, the federal government has taken an average of Rs20 billions of additional debt a day, every single day”.