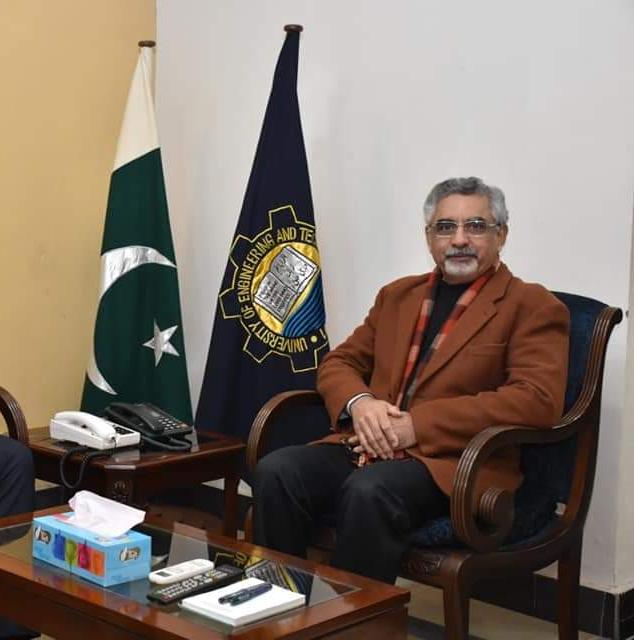 Dr Syed Mansoor Sarwar, Vice Chancellor of University of Engineering and Technology (UET), Lahore, has been appointed Chairperson of National Computing Education Accreditation Council (NCEAC) for a 4-year term by the Chairman Higher Education Commission (HEC). Dr Sarwar is a founding member of NCEAC, which was established in 2005. He has previously served the council as a member for eight years (2005-2013). He has also served NCEAC as Vice Chairperson and Acting Chairperson.

Dr Sarwar received his undergraduate degree in electrical engineering, and MS and PhD degrees in Computer Engineering from Iowa State University, USA. He has an illustrious post-PhD academic career spanning 32 years, serving several academic institutions including University of Portland (Oregon, USA), Kuwait University, UET Lahore, LUMS, and University of Punjab. He is known in the academic circles for rebuilding academic institutions for enhanced quality. His landmark achievement as an academic administrator has been transforming a low quality Punjab University College of IT (PUCIT) into an institution of choice for undergraduate education in computing.

His books on UNIX and Linux operating systems have been published in the USA by Addison Wesley (Pearson Education) and CRC Press/Taylor & Francis. These books have been used as text books in over 200 American universities and colleges, including University of Texas at Austin, University of North Carolina at Chapel Hills, and Syracuse University. These books have been translated into Chinese and Spanish. The latest edition of Linux: The Textbook was published in September 2018.

Dr Sarwar has served on many HEC committees over the past two decades. He has also been a member of Punjab Information Technology Board (PITB) for several years. Currently, he is serving on the Syndicates and Boards of several universities including LUMS, Quaid-I-Azam University, and King Edward Medical College University.

Currently, Pakistan produces around 20,000 computing graduates, only 50% of which are termed as quality graduates by Pakistan Softwares Houses Association ([email protected]). As the Chairperson of NCEAC, Dr Sarwar will have the primary challenge of improving the quality of undergraduate computing education in the country so that graduates of these programs are contributing members of national and multination software industry from day one.