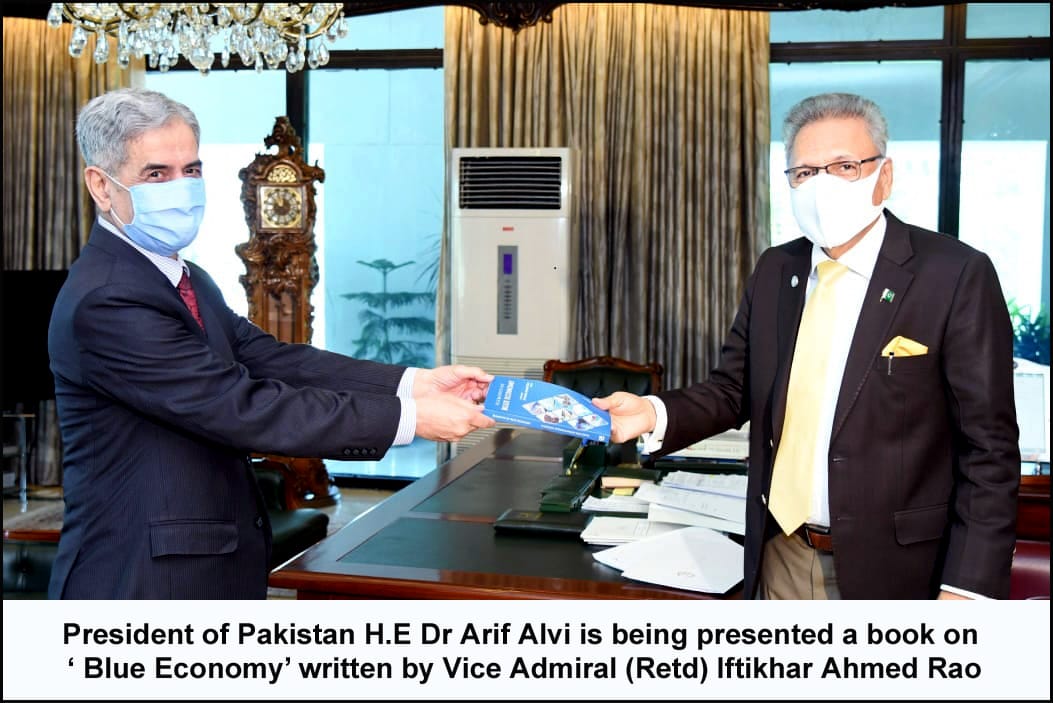 The book is an attempt to describe various elements of Blue Economy and is divided into 14 chapters for ease of understanding. It starts by explaining Blue Economy and geography of oceans and seas, highlights importance of oceans for mankind, discusses seaborne trade and related globalization, waterways, inland waterways, ships, their types, shipbuilding, ports, fishing, seabed resources, marine and coastal tourism, law of the seas including IMO, importance of CPEC, and marine spatial planning.

The book at its core refers to promote usage of ocean resources for economic growth, social inclusion, and the preservation of livelihoods while at the same time ensuring environmental sustainability of the oceans and coastal areas. The author reiterates that the blue economy is immensely important for almost all segments of human life, but has not received the attention and importance that it deserves.