Cattle markets to operate from 6am to 7pm ahead of Eid 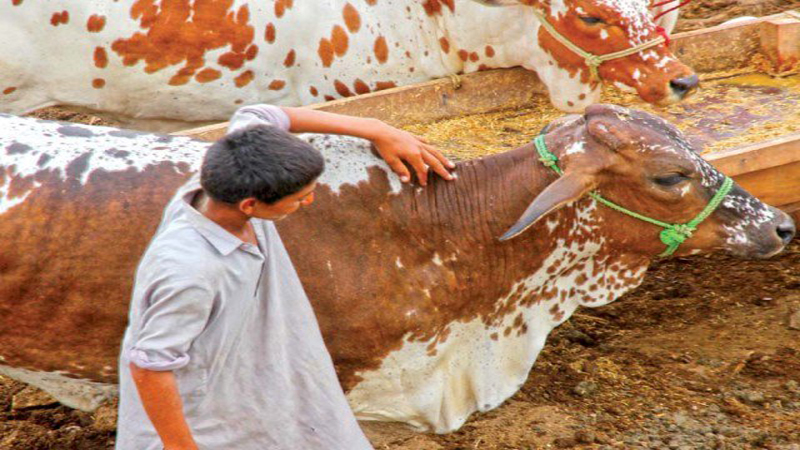 The National Command and Control Centre (NCOC) on Monday decided to allow cattle markets to operate only between 6am to 7pm ahead of Eidul Azha.

The decision was taken under the chairmanship of Federal Minister for Planning and NCOC chief Asad Umar in the national body’s first provincial-level meeting held in Lahore. “The movement of cattle and people between villages and cities increases the risk of the virus spreading,” the minister said, adding that better management of livestock markets is essential to preventing its spread. He added that about 700 cattle markets have been set up across the country. However, the size of the markets will be limited and the number of people visiting it at time will be restricted, he added.

The meeting reviewed the management of cattle markets and standard operating procedures (SOPs), which have been provided to all relevant departments. No cattle markets will be allowed inside cities, the meeting further decided. Moreover, wearing masks inside the market was made mandatory, whereas all visitors are to be screened at the entrance.

Appreciating his government, the planning minister observed that timely steps taken by the federal government prevented the deadly contagion from spreading further. “Smart lockdown is in place in 321 locations across the country,” he said. The lockdowns protected around 300,000 people from the virus, he claimed, adding that the NCOC also identified coronavirus hotspots in three cities.

The meeting was also attended by provincial chief secretaries via video link.

Meanwhile, Asad Umar commended the efforts of Punjab government in controlling the Covid-19 pandemic in the province. “In meeting with Chief Minister Punjab (Sardar Usman Buzdar), I complimented efforts made by the provincial government to control spread of Covid-19 and improve health care capacity in the province,” he said in a tweet. He also emphasized the need for continued vigilance for compliance of standard operation procedures (SOPs) and smart lockdowns.