Actress Esra Bilgic, who played the lead role of Halima Sultan in the Turkish drama ‘Ertugrul Ghazi’ aired on Pakistan Television (PTV), has become very popular in Pakistan in a very short time. 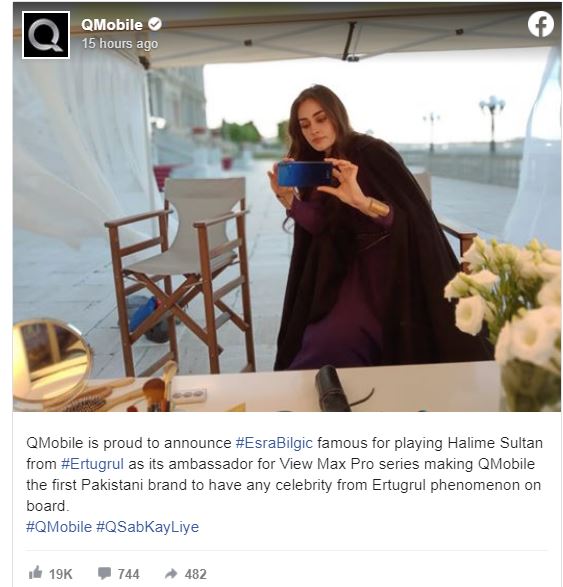 In an interview given to Pakistani media, she had revealed that she will soon start working with 3 well-known brands in Pakistan.

The Turkish actress had said that she would soon make an official announcement about working with Pakistani brands.

“QMobile is proud to announce Esra Bilgic famous for playing Halime Sultan from Ertugrul as its ambassador for View Max Pro series making QMobile the first Pakistani brand to have any celebrity from Ertugrul phenomenon on board,” the company wrote on social-networking website.

The product has been announced as a Camera phone with a triple back camera system with advanced AI features and a large 6.6” HD Notch Display.