WHO extends travel restrictions for Pakistan due to poliovirus

The World Health Organization (WHO) has decided to maintain a temporary travel ban on Pakistan due to the increasing number of polio cases. 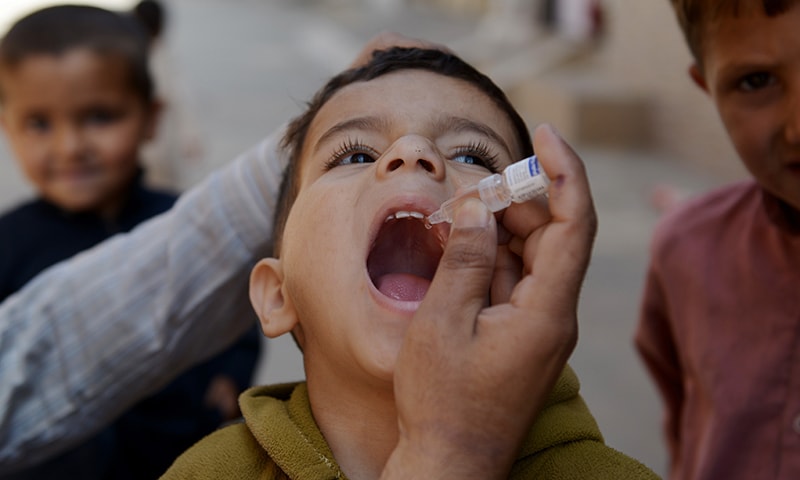 At the 25th meeting of the World Health Organization’s International Health Regulation Emergency Committee, the temporary travel ban on the country has been extended until 3rd October.

Under the restrictions, people traveling outside Pakistan must be vaccinated against polio. According to the WHO, some areas of Khyber Pakhtunkhwa have become new strongholds of the poliovirus. The transmission of viruses is also going on uninterruptedly in Karachi and Quetta.

The WHO expressed concern that the presence of polio has been increasing in safe areas of Punjab and Sindh.

Notably, a three-day anti-polio vaccination drive will begin in Sindh’s capital from 20th to 23rd July.

According to the Sindh Emergency Operation Centre for Polio, the drive will be conducted in two districts of Karachi and will target children less than five years of age. The polio vaccination drive will be carried out in more than 22 union councils of District Central and District West, Karachi.

Personal Protective Equipment (PPEs), hand gloves, and surgical masks will be provided to the polio team for the vaccination drive.

Polio is a highly infectious disease caused by the poliovirus mostly affecting children under the age of five. It invades the nervous system and causes paralysis or even death. Unfortunately, Pakistan is one of only three countries in the world, alongside Afghanistan and Nigeria, affected by poliovirus.